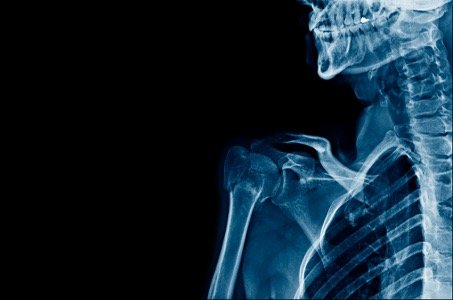 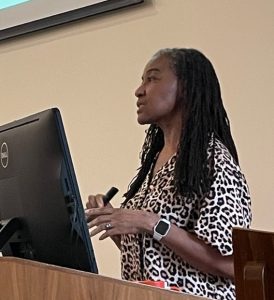 I work as a professor at the University of Sheffield, employed by the University of Sheffield but I am also an honorary consultant pediatric radiologist at Sheffield Children’s Hospital. My interest in radiology is within the musculoskeletal system which is bones and joints, and in particular child abuse and conditions that might be mistaken for child abuse. One of the most frequent conditions that needs to be excluded and certainly considered in every case of a young child, presenting with unexplained fractures, is OI. I addition to doing research on fragile bones, I am the radiologist that leads a multidisciplinary National Commission Group (NCG), a special service for OI in Sheffield. And as such I read all the radiographs for OI. I also do the reporting for Bristol. I also get radiographs from across the country for a second opinion.

Is it hard to distinguish between OI-fractures and child abuse?

In the interest of objectivity, a child may have OI and be abused. So it’s not like the two may 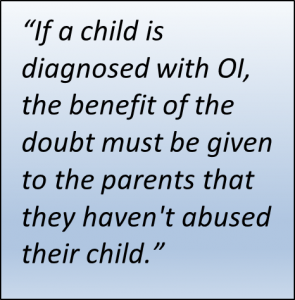 not co-exist. It’s just that if a child is diagnosed with OI, the benefit of the doubt must be given to the parents that they haven’t abused their child. There are also some types of fractures, that are rarely if ever seen in OI. If that fracture was seen, even if the diagnosis of OI was made, it would still be suspicious that that particular fracture had been inflicted.

In addition to findings on x-rays there are also clinical findings. Does the child have blue sclerae, loose joints and laxed ligaments? Is there a family history? On the X-rays the sorts of things we look for are slender bones, or bones with reduced density. We also look for multiple wormian bones, which are little islands of bone in the skull. Then of course there’s genetic testing, which will confirm the vast majority – like 90-95% through genetic tests. But that does not leave rest of the cases that are not yet solved. We have got an MRC funded project, which will try and help us identify more genes in children and families where they have clear clinical and radiographic features of OI, but where we still haven’t found a mutation.

A child with mild OI can look healthy and might just be a little bit shorter. They don’t have to have multiple fractures, and they don’t have to have any of those other extra features that I was talking about. So yes, it’s difficult. And in the age group where we’re talking about physical abuse, that’s usually under one (sometimes two). But under the age of one, is usually when they have their fractures. It can therefore be hard to distinguish. Not every child with OI has blue sclerae. And at that age, the teeth are not yet erupted. So we cannot look for DI either.

There is a type of fracture, at the very very end of the long bones, called metaphysial fractures. These are rarely if ever caused by OI or just by normal handling of the child. We’ve done a project and we didn’t identify any cases with a metaphysial fracture in an OI-case. We have reviewed a large number of radiographs of children with confirmed OI under the age of two. So I think the presence of that type of fracture is an indication of abuse, even if the child has OI.

What are the methods of distinguishing brittle from normal bones?

The current techniques for distinguishing brittle from normal bones is essentially radiographs. But they’re not sensitive. You have to have lost up to 30% of your bone, before you can see that on the radiographs.

So if the child has lost 10 or 15% of their bone density, then it’s hard to see that from the radiographs. There are papers which say that, until you have lost about 30%, then you’re not prone to fractures. I don’t know that true that is.

The other current technique would be Dual-energy X-ray absorptiometry, also known as DEXA (or DXA). Used a lot for women and adults, predominantly women with osteoporosis. And DEXA is not particularly reliable in children of the age, where abuse is suspected. It has to do with having normal values, to do with their body size and to do with the fact that DEXA is size related.

In older adults they do something called peripheral quantitative computed tomography pQCT. And then there is QCT which is quantitative CT, that usually looks at the spine. We wouldn’t use any of these techniques to assess bone density in children, because they are high dose.

Then, there are some promising new methods. In particular, there’s high resolution PCT (HRpQCT), which has been a fair bit of research on lately. It gives you microscopic level on details of children’s bones. It’s not a high radiation dose. But there are only a few machines in the world. So it’s very much connected to research.

But what we’re trying to do also is to compare that with something called bone health index, which you can measure from X-rays of the hands. If we can set values for bone health index that correlate with abnormal values for HRpQCT, then that would be a really good thing. Because we could give people the conversion values. If it’s above the cut off level, the child is likely to have normal bone density and bone strength. And vice versa.

We’ve also tried to develop vibration, as a method of assessing bone density. Many of these studies have unfortunately been delayed and stalled by the lockdown.

What are the best imaging methods to diagnose fractures in OI?

The best imaging method for diagnosing fractures, has got to be the standard X-ray. It’s widely available. It’s relatively low cost and you don’t need any specialist individuals to help you identify the fractures. However, it’s not perfect. Nothing is.

We’re trying to investigate more about the metaphysial fractures, which we see in child abuse. 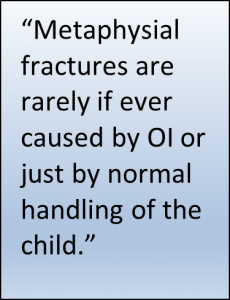 Can ultrasound maybe be useful to help identify the metaphysial fractures after X-ray shows potential abnormality?

CT of the chest, might also be useful for subtle rib fractures. But usually in the context of OI, the fractures are not subtle. The fractures are multiple, and we would be able to detect those on X-rays.

Why do fractures sometimes don’t show until a couple of days after the incident?

Unless the fracture is displaced, you may not see it. If the edges of the broken bone are not shifted away from each other, so they’re not aligned correctly, you may not necessarily see the fracture. It becomes visible a few days later because of healing. Fracture healing can be seen on radiographs as early as day four. Usually, sometimes by day seven. Most commonly, by day 10, and always by day 14, you’d see radiographic evidence of healing.

And sometimes just taking more X-rays from a different angle, allows us to see the change or the malalignment of the fracture, which wasn’t possible to see before.

How should OI-organizations deal with potential child abuse cases?

In the context of child abuse, the doctors are only interested in the child. The child is our priority. Is the organization there for the child or for the parents, or for both? They have to be supported, but with objectivity all the way through. Even for the health professionals, nobody knows who the guilty party is. And until investigations have been completed thoroughly, nobody knows whether it’s abuse or OI. Or both.

What are the steps that are taken when a family has been accused of child abuse and there is a potential OI-diagnosis?

I will answer this from my own perspective, as a pediatric radiologist. I receive the request card and I receive the radiographs. If I only have a single radiograph, I will ask for full sets of radiographs of the whole body to be performed. When you’re suspecting abuse, you have to image every single bone in the body, because you don’t know which bone has been broken by the perpetrator.

If some x-rays are poor quality, I will ask for these to be repeated. When I’m satisfied to have all the images needed, I will review them all very carefully, identify all the fractures, that I see. I will give an estimate of dates of the older fractures that I see, and I will also look at the bones, to try and identify or exclude an underlying condition.

If that was the first set of radiographs, I will say within my report, that they must be repeated according to Royal College of Radiology 2017 guidelines in about 11 to 14 days’ time. And until I see these repeated radiographs in 11 to 14 days time, I cannot completely exclude abuse. However, if on that set of initial radiographs, I identify features which are definitely those of OI, or other underlying conditions, I will say that.

I’m then relaying my findings to my pediatric colleagues. Especially if the X-rays were completely normal. Because ultimately the diagnosis of OI is not based on the X-rays. It is 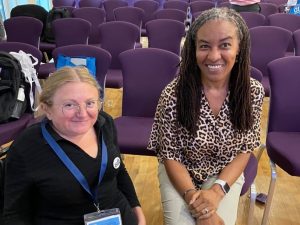 based on clinical and genetic findings. They will go back and review the child. But that again, you know, considering that the X rays are normal. And decide on clinical parameters, whether they need to do genetic tests or not. Sometimes if they don’t, the court will ask for genetic tests, just for closure.

The other thing is that the social services, and the pediatricians will identify whether there are other siblings in the house, or other family members or other children who are not related living in the house that that child lives in who are under two. And all of those children, will also have to be investigated and imaged according to the guidelines.

Do you have a message to the readers of the OIFE Magazine?

There is hope! There are people out there, people like myself, doing research, trying to make the diagnosis of OI more straightforward. We’re trying our best not to mistake OI for abuse, while at the same time, not leaving abused children in dangerous environments.