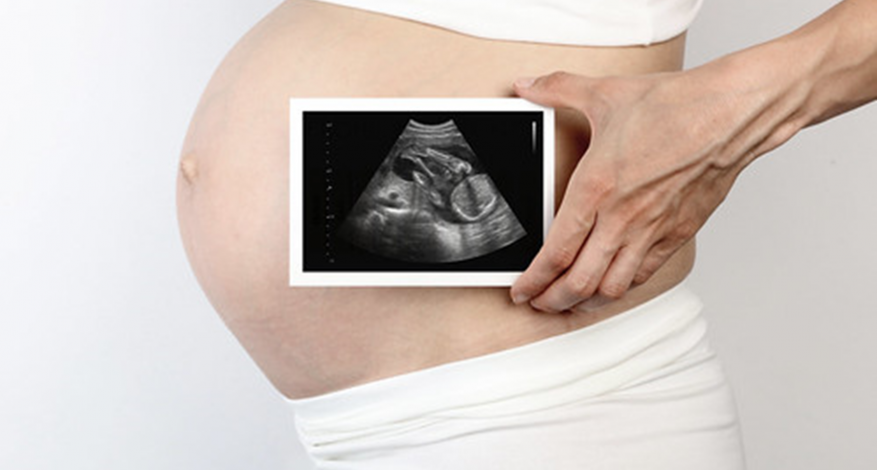 Pregnancy in women with OI & Osteoporosis

By Claudia Finis, mother with OI and Prof. Dr. Ralf Oheim,
Chair of the National Bone Board at Universitäts-Klinikum Hamburg-Eppendorf, Germany 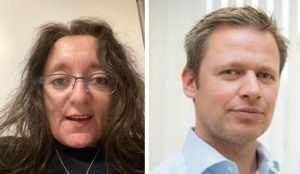 Claudia: “I can still remember the time when I felt like a big whale on four wheels meandering through the world. A vague idea about the existence of my knees and permanent heartburn accompanied me 24/7. I had no problems with my bones or heart and could breathe properly. The births, however, were not without complications. But was that because of OI? Or simply because anything that happened to me can happen to anyone?”

Every now and then the German OI-organization receive questions about pregnancy in women with OI. There aren’t a lot of studies on this subject. Some researchers, including Dr. Krakow, conducted a study in the USA. I took a closer look at the study “Pregnancy in women with Osteogenesis Imperfecta: pregnancy characteristics, maternal and neonatal outcomes“. Dr. Krakow also gave an interesting (online) lecture at the OIF conference.

First of all, Krakow recommended that women who want to have children have their cardiovascular system and lung function checked. If necessary, operations should be performed before pregnancy. The heart and lungs face special challenges during pregnancy. The best possible starting position should be ensured.

Can women with OI & osteoporosis have successful pregnancies?

Women with OI have successful pregnancies. The study concluded however, with pointing out an increased risk of complications including bleeding, fractures, diabetes and increased neonatal morbidity. Women with OI have a fracture rate of 10 to 12% during pregnancy and after delivery, according to the study. The fractures occurred in the third trimester and 2 months after birth. The spine was most affected, especially in the period after the birth. Medical staff should be informed of the increased likelihood of bleeding. Dr. Krakow recommends starting the appropriate measures earlier than usual in order to avoid risks.

There is no comparable study in Germany. However, Prof. Dr. Ralf Oheim drew my attention to a study that initially looked at pregnancy osteoporosis. In the course of collecting the data, the researchers, discovered that some of the women affected had mutations in the COL1A1 and COL1A2 genes.

Commonly these are also mentioned when it comes to OI. But the women showed no clinical signs of OI. The mutations were not found until the women participated in the study. I think this is a very exciting discovery. So I decided to interviewed Prof. Dr. Oheim about bone health in pregnancy and about the study. 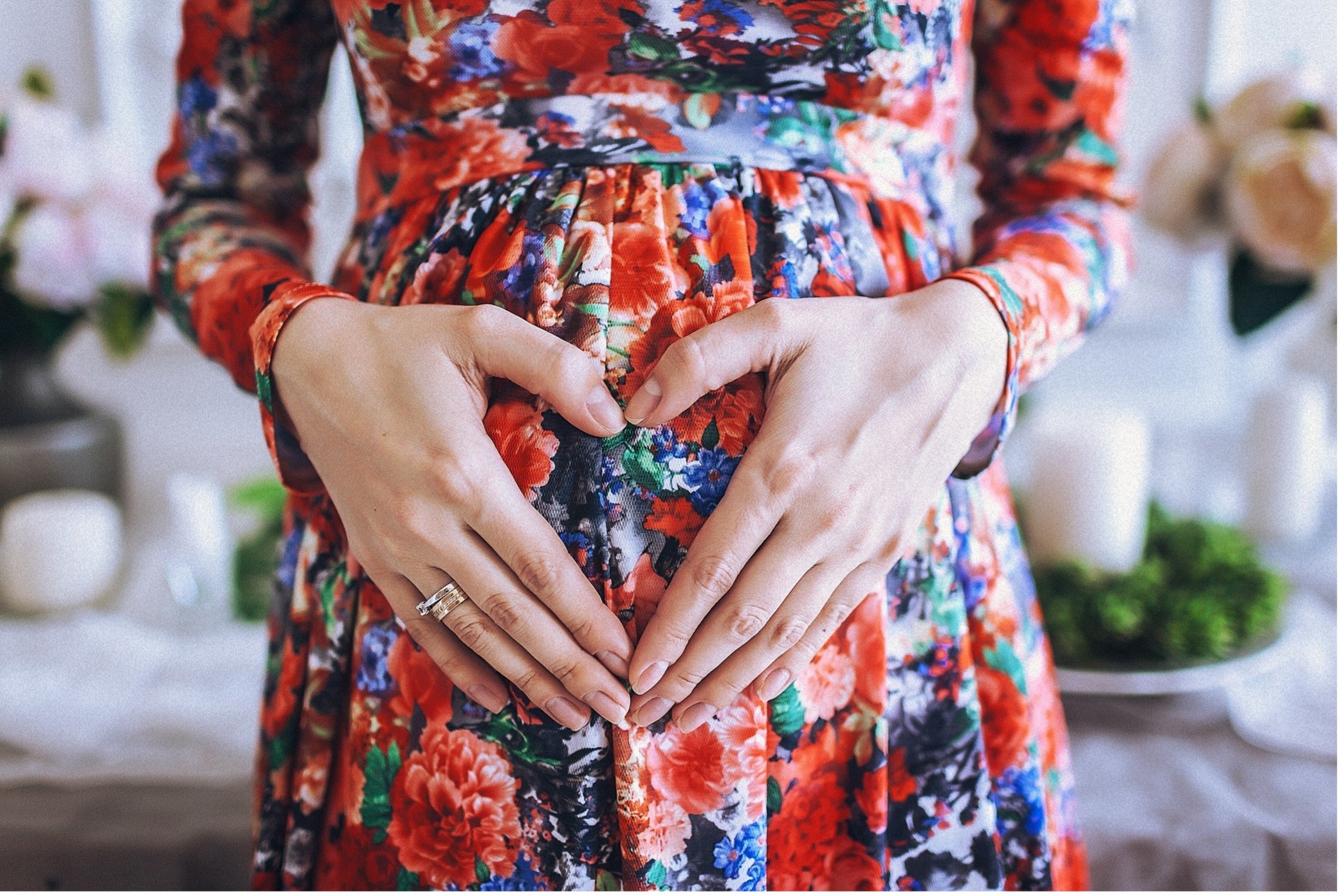 Claudia: In the third trimester the mineralization of the bones of the fetal bones begins. During this period, the baby needs more calcium, which has to be made available by the mother and if necessary, can also be taken from the mother’s bones. It is therefore not surprising that in both of the studies mentioned here, the fractures did not appear until this phase of pregnancy?

Ralph: Especially in the 3rd trimester of pregnancy and during breastfeeding there is sometimes greatly increased bone metabolism. The calcium absorbed through food can still be stored in your own bones, but when it’s critical, the child always has priority. This can create a deficit for the maternal bones. The bone-degrading osteoclasts are always faster than the bone-building osteoblasts.

Claudia: Is there a minimum value which prevents the calcium in the maternal bones from falling below?

Claudia: Does the maternal bone regenerate? If so, how long does it take?

Ralph: The study found that the bones recovered well within 6-12 months.

Ralph: No, this does not have any positive effects. You cannot build up a calcium deposit in the run-up to pregnancy, as excess calcium is excreted. An oversupply of calcium should also be avoided during pregnancy and breastfeeding and the intake of calcium supplements in addition to a balanced diet is usually not necessary.

Claudia: In your article, women with pregnancy osteoporosis were given vitamin D. Would it make sense to take this prophylactically?

Claudia: Can medications against possible osteoporosis be taken during pregnancy and breastfeeding?

Ralph: Currently, none of the drugs are approved for use during pregnancy and breastfeeding in Germany. In the case of high-risk patients or fractures, it should be decided quickly whether breastfeeding is possible.

Claudia: In the literature there are repeated reports of osteoporosis or fractures of the hip during pregnancy. What precautions should I take due to the risk of hip osteoporosis?

Ralph: Cancellous bone is preferred in bone resorption because of its large surface area, problems are often caused by the hips and vertebrae. But one should definitely keep moving. Immobility promotes bone loss. Complaints should, however, be taken seriously and not just viewed as normal pregnancy symptoms! There should be an individual review. For the benefit of the child, diagnosis is only possible to a limited extent, but an MRI can be performed in an emergency. After the delivery, the corresponding diagnostics are possible without restrictions and should be carried out generously.

Claudia: In the studies, fractures did not occur until the last trimester of pregnancy. How is a fracture (e.g. femoral neck) treated then? Are operations possible? Will it lead to an early end of the pregnancy?

Ralph: Conservative treatment with rest and relief is preferable and often possible, since the fractures are often incomplete and not displaced. In the third trimester, the placental barrier is well developed and, if it is unavoidable, an operation can be carried out during pregnancy. If the calculated due date is imminent, the birth can also be brought forward. The choice of these alternatives must be considered individually.

Claudia: Contrary to the reports from Dr. Krakow’s study, all mothers with OI I know gave birth by caesarean section. Is it possible to have a natural birth with OI? Does this depend on the type of OI?

Ralph: I know Type I mothers who gave birth naturally. With types III and IV, on the other hand, the anatomical conditions on the maternal side often lead to the decision to have a caesarean section.

Claudia: And now the baby is born. Breastfeeding is considered to be the best form of nutrition for infants. If mothers now decide to do this, they are threatened with major loss of calcium from their bones. What can be recommended to the mothers in this case?

Ralph: If the pregnancy and childbirth proceeds without complications, nothing speaks against breastfeeding for the time being. In high-risk patients, the bone density and bone metabolism of the new mothers can be checked after about two to six weeks and, if possible, compared with values before the pregnancy. On the basis of these values, the physician and the mother will together decide whether or not it is possible to continue breastfeeding. A good vitamin D level (> 30µg / l) should also be ensured and, if necessary, it should also be given daily.

Ralph continues: In the case of fractures, breastfeeding usually must end quickly, or breastfeeding should not take place in the first place, in order for the bone to heal and recover. Medication is only necessary in severe cases to avoid further aggravation and to enable early mobilization.

Claudia (addressing the readers): I hope you are not scared off now, but well informed for your decision. Every pregnancy is a risk. If you want to face them, you are welcome to read about other aspects of being a parent with OI in my article „Having OI and being a parent“ in OIFE Magazine 3-2021. Even if everything did not go smoothly during the births, I do not regret my decisions. I know that I am not alone with this opinion. In the end, every woman and every couple has to make this decision for themselves.