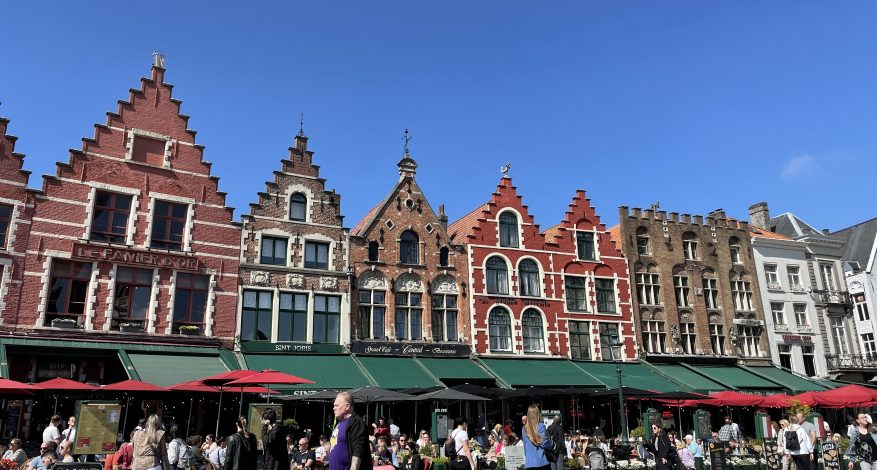 Our trip to Bruges 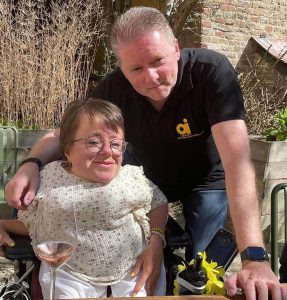 May 5th 2022! I had been looking forward to this date for so long. After what seemed like an interminable two years, the OIFE Youth Event could finally take place again. Since Covid it had to be postponed or cancelled again and again. And many of my friends from all over Europe have been sorely missed since then. So now we were all going to meet again from 5 to 8 May in Bruges, Belgium.

Although I have been to many youth events, Bruges was very special for me. It was my first event as “Youth Coordinator” and therefore also as backup support for Stephanie, who was the host and organiser for this year. She had made it her mission to make this event unforgettable.

The more excited I got, when I set off for Brussels on Thursday, around half past seven in the morning. Everything went surprisingly smoothly. No delays, no breakdowns. Unfortunately, others were not so lucky. Malene from Denmark, for example, was stuck on the plane because she had to wait for her wheelchair. So she missed her scheduled train. Lucky for me, I met her in Brussels and we were able to continue our journey together.

In Bruges, Stephanie and Laurence were finally waiting for us at the train station to take us by car to the hostel. I cannot describe the feeling that came over me when I finally saw all the familiar and dear faces again. One by one, all 38 participants from nine different countries arrived safe and sound. And immediately you could feel the exuberant mood and good humor.

After the first dinner together, specialities from the different countries, which some of us had brought with us, were distributed. Whether it was sweets from Norway, pretzels and sauerkraut from Germany, stroopwafels from the Netherlands or gin from England, everything was tasted. It was a wonderful evening with intense conversations. 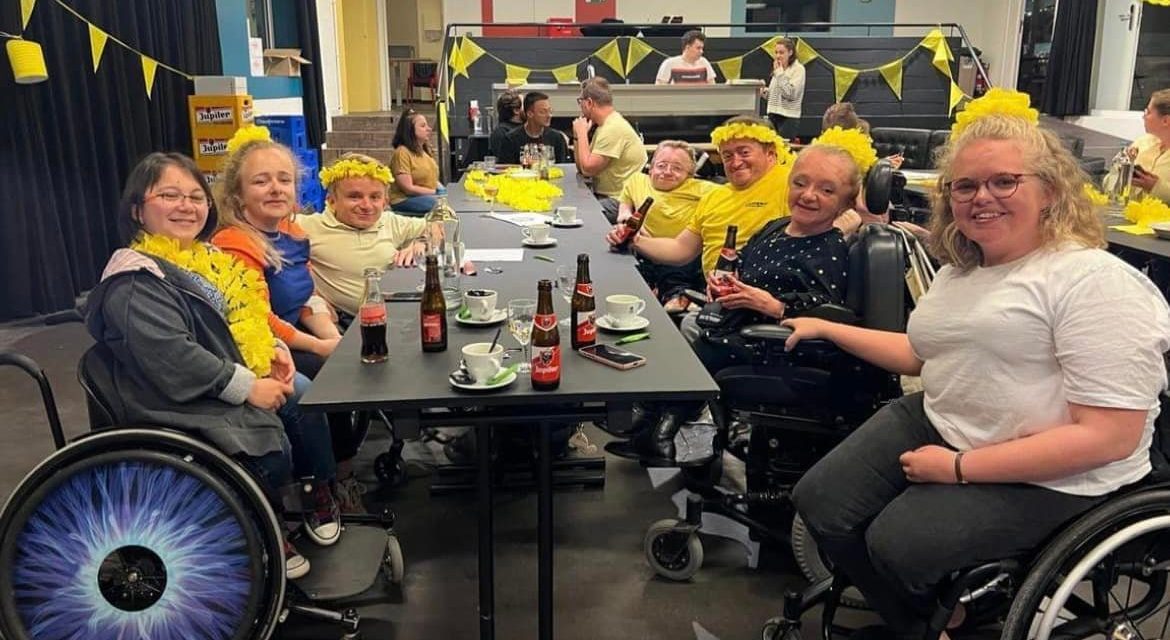 A sporty day one 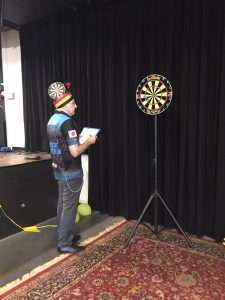 Friday morning started sportily. Darts has become a kind of national sport in Belgium. Some professional players of the Belgian G-Darts national team came over to show us some of their tricks. Everyone was allowed to try their hand and even one or two “serious games” were played. Around noon, we set off together through the both beautiful and extremely bumpy streets of Bruges. The cobblestones were one of the most difficult challenges for each of us. But the beautiful half-timbered houses, the small canals and alleys provided a truly dreamlike backdrop. 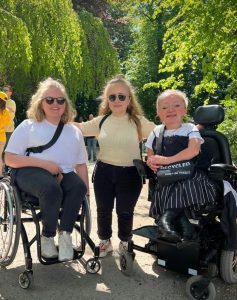 Our destination was the Queen Astrid Park in the heart of the city. Here we could really enjoy the beautiful warm weather. With almost 30 wheelchairs and in yellow – it was Wishbone Day after all – we were a funny and probably very bizarre sight.

Charlotte from the UK offered a small “creative writing” workshop for those who were interested. Others went off to explore the city or enjoy the sun in a small café on the large market square. In the evening, another highlight awaited us: an exclusive beer tasting with traditional Belgian beers. In addition to fundamentally different tastes, there was interesting background information on the tradition and history of the Belgian art of brewing.

There was also a lot of laughter and sharing that evening. A few brave ones even tried the karaoke machine. The evenings together are the highlights of each day. Sitting together, talking and laughing, you sometimes get the feeling that time is standing still. 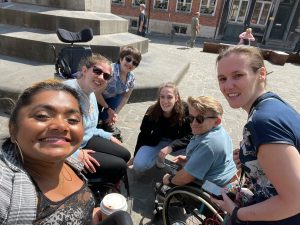 The next morning, on the other hand, began with sleepy faces. But anyone who has ever been to an OI meeting before knows: that’s part of it! And luckily we had planned Saturday morning for some free time. So everyone could start the day in peace. Some went for brunch, others preferred to recharge their batteries with a power nap or relax in the warm sun.

For Stephanie and me there was no time for sleep. We had to prepare everything for the city game in the afternoon. Digitally, we went on a journey back in time to 18th century Bruges. Navigated by an app, the participants could solve puzzles in small groups and get to know special places in the city. Unfortunately, we had overestimated the cobblestones, the energy of our friends and the difficulty of some of the puzzles. In the end, only one group endured until about a third of the tasks were solved. The others quickly took a break in the restaurant or made themselves comfortable by the canal. 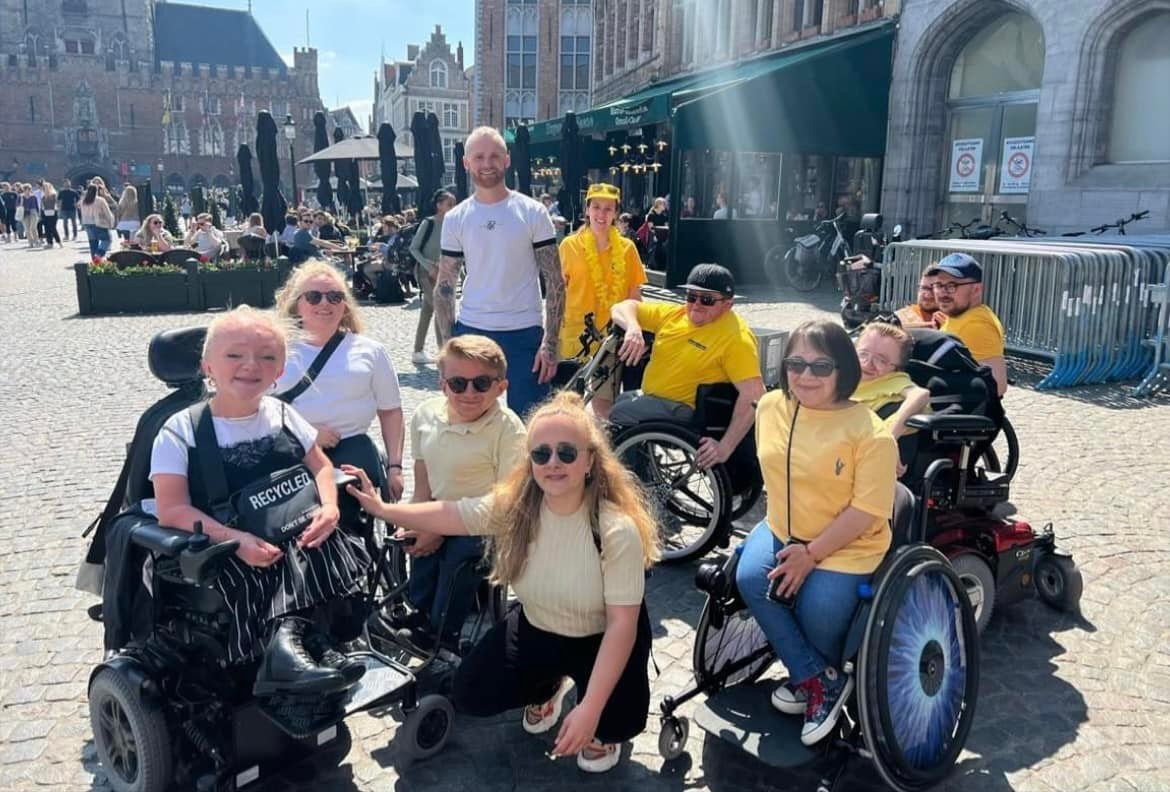 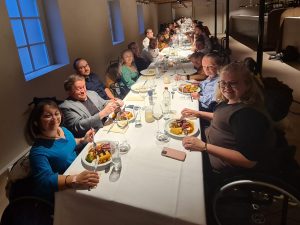 Julian and I were also no longer mentally able to think logically, but we still wanted to explore a few beautiful sides of Bruges. 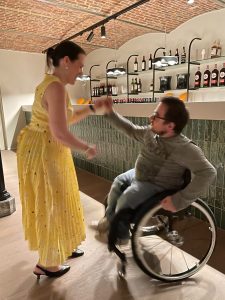 Strangely enough, we kept running into tall and short people in yellow T-shirts, who looked at us with great interest every time. The Belgian OI Society was also in town, because we had planned a dinner together in the evening. The chance encounters quickly developed into a fun game, similar to Pokémon go, but with OI people.

The dinner exceeded all our expectations! At “LIO’s” we were joyfully welcomed by the Belgian OI Society. On the banks of the canal, there was a small welcome with various hors d’oeuvres and later a delicious three-course meal. At the party that followed, we danced and recruited new participants for the next OIFE Youth Event.

The way back to the hostel was adventurous. We were tipsy and wheeling in the dark over cobblestones (challenge accepted!). But this challenge was mastered without incidents and of course the party continued at the hostel! 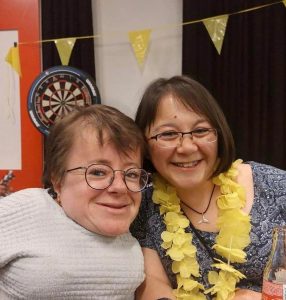 The pain of farewell was diminished a little by the good mood, or perhaps just pushed aside, until finally everyone fell tired into their beds. Some of us had to start our journey home at 6.45 a.m. on Sunday morning. So what was the point of going to bed, we thought … How could we have known that some of us would arrive home up to ten hours late. Nevertheless, I still think back to those four wonderful days with joy and longing.

My personal conclusion: Once again, it was absolutely worth it! I haven’t had such wonderful days in a long time and I am happy to have seen so many old friends and made new ones. At the same time, I am sad that the time has passed so quickly and, above all, that for some it was the last Youth Event. It will never be the same again. 💛

Stephanie put it beautifully: “I have a fractured heart! I miss you all so much already.”

AND THAT DESPITE COBBLESTONES!!! 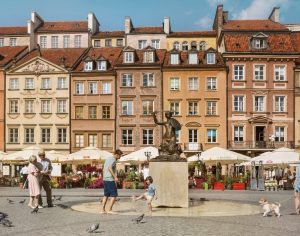 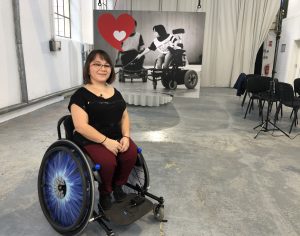 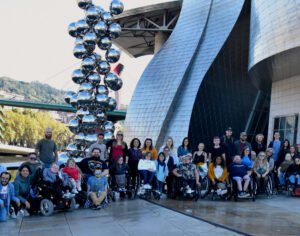 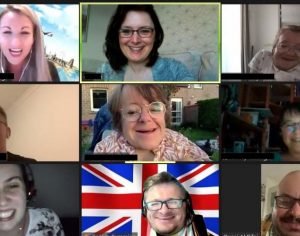 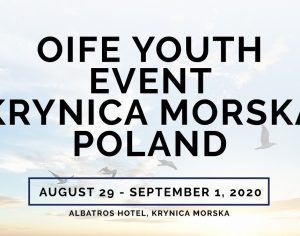 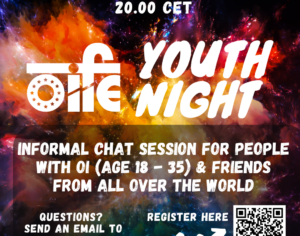