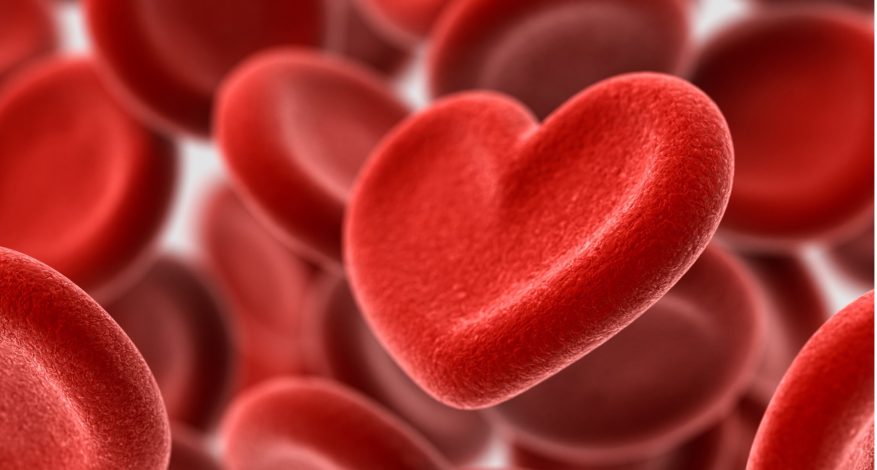 Who are you & what is your relationship to OI? 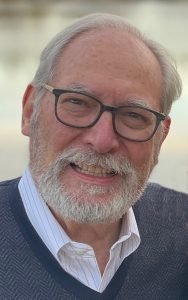 I’m Robert A. Sandhaus, MD, PhD, FCCP, although my patients call me Dr. Sandy. I’m a respirologist at National Jewish Health in Denver, Colorado where I lead a team of physicians and researchers who care for and study genetic influences on lung disease. I’m also the Medical Director of three non-profit organizations serving patients with the genetic lung and liver disease alpha-1 antitrypsin deficiency, the Alpha-1 Foundation, AlphaNet, and AlphaNet Canada.

I became involved with the OI community in 2005 when the U.S. Osteogenesis Imperfecta Foundation invited me to join their board of directors to help set up their linked clinical research centers. This because I had accomplished a similar mission with the Alpha-1 Foundation. I was welcomed by the OI community and was asked to help update some of the OIF’s educational materials about medical conditions other than orthopedic issues. I had to good fortune of meeting Dr. Joan Marini at the NIH and she pointed me to some of the literature about lung disease in OI published by herself and others. I started to explore the pulmonary issues in adults with OI and realized that collagen defects in OI can affect the lungs as well as bones. After rotating off the OIF board of directors, I became a member of the OIF Medical Advisory Council.

From the beginning of my studies, it was apparent that the lung issues associated with OI were not entirely due to scoliosis and fractures. Even individuals without abnormalities of chest wall architecture, such as adults with mild OI, have abnormalities of lung function

Who was behind the pulmonary project?

The chairperson of the OIF board of directors, when I first became involved with OI, was Jamie Kendall. She was a wonderful person, leader, and legal scholar. Several years later, during a routine medical procedure, she went into respiratory failure and died. Her family and friends set up a research fund to learn more about the medical and social issues associated with OI in adults.

One of the first recipients of a research grant from the Jamie Kendall Fund for OI Adult Health was the Hospital for Special Surgery in New York City. Led by Dr. Cathleen Raggio, this project focused on the quality of life, pulmonary issues, and cardiovascular issues in adults with OI. Dr. Raggio, an orthopedic surgeon, asked me to join the project to help in the planning, execution, and analysis of the cardiopulmonary components of this study.

What is the project about? When did it start and for how long is it going?

The beginning of this project stated in 2016 when I was contacted to put together an educational brochure (The Guide to Medical Procedures for Adults with OI), a project initiated because of Jamie Kendall’s death. Through that project, Dr. Raggio and I started discussing ways to evaluate the cardiopulmonary risks of adults with OI. The cardiopulmonary project took off from there. It’s designed to identify the causes and risk factors associated with heart and lung problems in adults with an OI diagnosis.

We’ve currently enrolled almost 50 subjects in the study and are continuing to accept new volunteers. We’re also expanding the number of sites at which the study will be performed thanks to additional funding from the Brittle Bone Disease Consortium (BBDC) and the OI Foundation.

Which methods were used?

Individuals who enroll in the study and sign an informed consent are asked to complete questionnaires that gather general information about their vital statistic, sleep patterns, general quality of life, and respiratory quality of life. They undergo fairly extensive testing including blood work, arterial blood gas, lung function testing, EKG, echocardiogram, sleep study, spinal x-rays, and a CT scan of the lungs.

• Target group/participants: This study is what’s known as a pilot study, meaning that we may not get definitive answers to some of the questions we have, but we can identify what areas to concentrate upon in future studies. We are enrolling individuals with OI who are 18 years of age or older and who agree to the procedures involved. Any participant can refuse any particular procedure with which they are not comfortable.

• Special challenges/problems: One challenge we’ve had is enrolling male adults with OI. The overwhelming majority of the volunteers who have enrolled in the study are female. One of the charges to the new study sites being added (University of California Los Angeles (UCLA) and Kennedy Krieger Institute in Baltimore, Maryland) is to focus on enrollment of men. In addition, most participants have elected to avoid the blood gases and sleep study. Finally, the COVID pandemic has made enrollment of the last two years to be quite difficult. 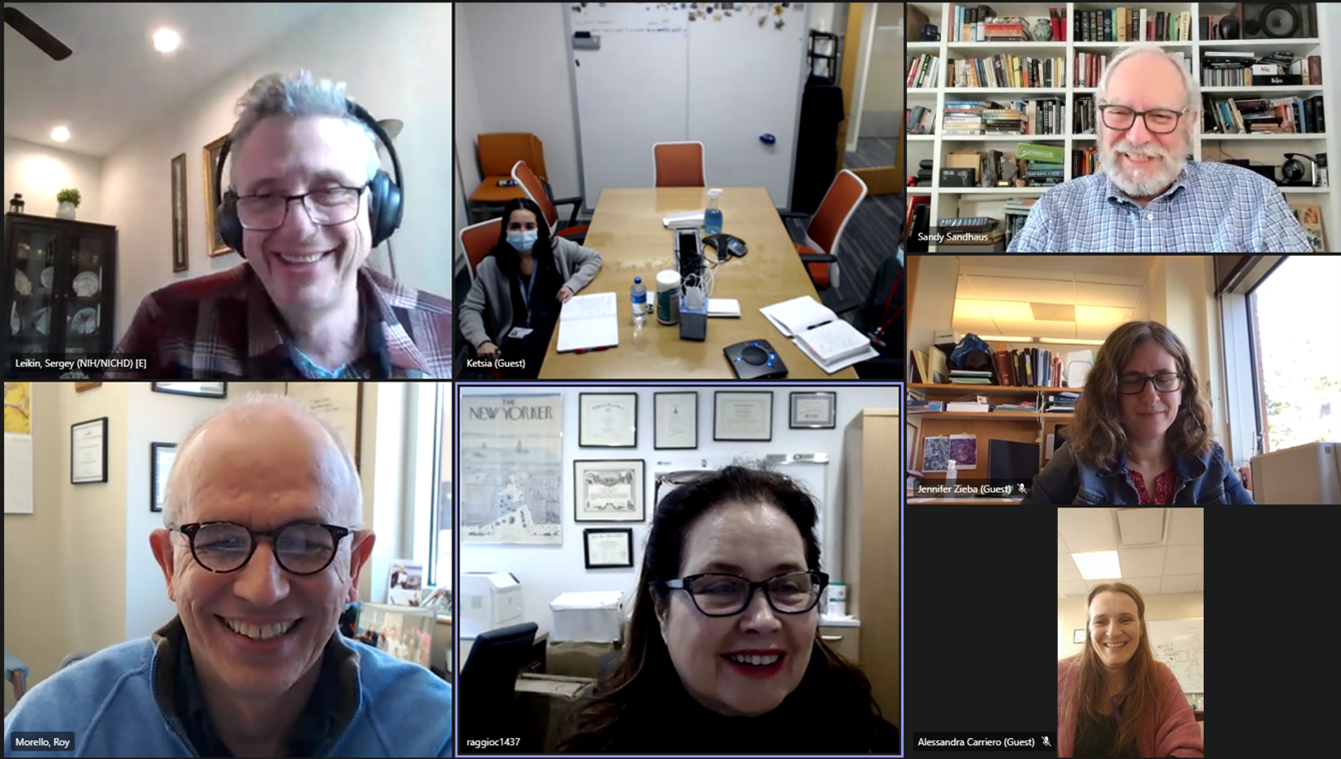 What have been your most interesting findings so far?

Based on these findings, and thanks to the Jamie Kendall fund, we have added the possibility of taking bronchoscopic biopsies. This means removing pieces of bronchial and lung tissue via a flexible scope inserted down the windpipe, to evaluate the cause of this bronchial wall thickening. 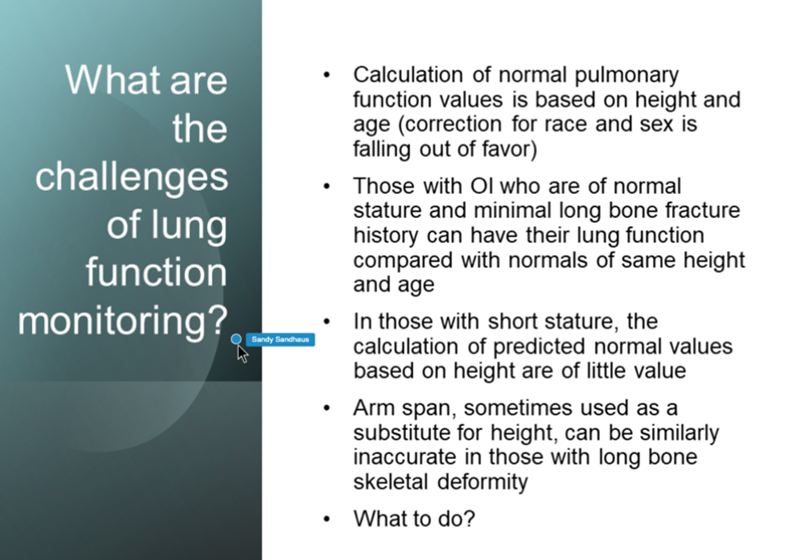 I believe the most important take home message from this study and my nearly two decades of work with the OI community is that OI is not only a bone disease. It is important for all with OI to have their lung function evaluated on a regular basis.

Did you have patient involvement?

The direction and funding of this program was entirely directed by the adult OI patient community.

What are the actual risks of Covid-19 for people with OI?

OIFE: The debate has been going for quite a while about Covid-19, OI and risk. There seems to be some disagreement between doctors in the US and Europe. But perhaps it is only due to the different ways of doing risk assessments and the large number of complications due to Covid in the US? Would you say that the findings you have from the project also indicate that people with OI type I with normal lung capacity and no scoliosis have a higher risk of complications of Covid-19? Or would you just say that we need more research to advice on this?

This is an important question. While we don’t have specific research to definitively answer some of questions, we can apply data we know from other genetic conditions that affect the lungs. We know from several lung-affected communities that the risk of becoming infected with the SARS-CoV-2 virus (the virus that causes COVID-19) is usually not increased by these various lung conditions. What is affected is the severity of disease in those who contract COVID. Looking at Alpha-1 Antitrypsin Deficiency, one of the genetic conditions that has long term data on infection, hospitalization, and intensive care unit (ICU) stays during the pandemic, we see that patients with this condition did a better job of protecting themselves from infection compared to the general population. But in those who did get infected, they were more likely to be hospitalized or spend time in the ICU.

I would suggest that the same is likely true for the OI community, especially in view of the widespread lung abnormalities identified in our study. Therefore, in the OI community it is worth being a step or two more cautious than the recommendations to the general public. Maintain that social distancing and mask wearing somewhat longer than the rest of the population and be safe.

Do you have any final messages for the readers of OIFE Magazine?

The international OI community is better organized than most of the rare lung disease communities that I work with. I believe this is because of the grass roots support and involvement by patients and their families. It has been a pleasure to work in this medical area. My acceptance of the invitation to join the board of the OI Foundation was one of the best decisions of my life.

This article was first published in OIFE Magazine 1-2022.