HomeNews & ResourcesSTORIESLife as a “Shadow Child” 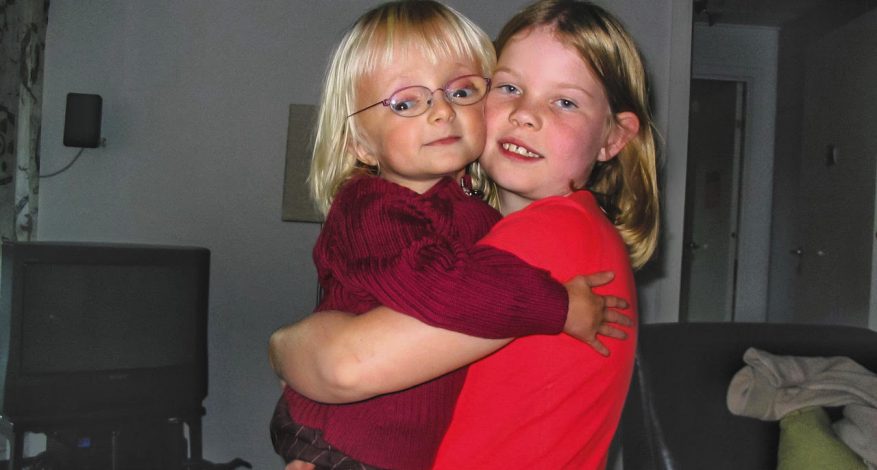 Life as a “Shadow Child” 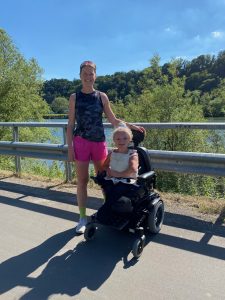 Often siblings of children with a chronic illness are called “shadow children” because they live in the blind spot of their parents. They are often alone with their grief and put their own needs aside for their siblings’ needs.

My name is Kristine Holm Laursen, but just call me Krisser. I am now 26 years old, studying to be a physiotherapist, working in a running club. My “coping strategy” is running, so I run quite a lot

I am a shadow child

I am a shadow child and can relate to many of the things mentioned. When it’s written down in black and white, it doesn’t sound very fun. Life as a shadow child is often described as something negative, a situation where you will always end up being number 2 and often failure or being let down is one of the big emotions.

Personally, I think that’s a shame! Because of course I will always wish that my sister was healthy and that I would never have to see her in pain again. BUT I am proud to be a shadow child. It has made me who I am today. It has made me strong and it has made me special!

When I think back to my childhood life with a sister with a rare disease, I first remember all the good things. I remember when we went to Disney Land with the Wish Fund, when we got money for an aquarium and all the good times we had together. Then all the other thoughts arrive. One particular childhood memory takes a lot of space. Or actually it’s not one memory, but several memories from the same situation.

I remember clearly all the times my mother came into my room happy and with joy in her voice told me that now my sister was discharged early and that now they would all be home. I hated it! I knew very well that it was too early to be discharged. AGAIN! Because this wasn’t the first time my sister had been discharged early and taken all the worry and pain home with her, to my safe space. Often, she was still very much in pain and there was always a depressed atmosphere at home. I still feel a lump in my throat when I think about it. Because for me it suddenly wasn’t “my home” as it didn’t feel as a safe place anymore. My sister was never the type to scream or cry in pain. She was strong. Yet there was always a definite atmosphere that is hard to describe as anything other than tense.

Time and again my sister was also re-admitted quickly, because she became ill again, or the pain increased. It was always a dilemma, because I understood perfectly well that my parents and sister did not want to stay in hospital. But at the same time it was far beyond my limit to handle the pain, the worry and the tense atmosphere in what was also my home.

Personally, I have developed a very specific coping strategy, namely running. I guess it’s a form of denial where I try to escape or simply run from reality. Still, I would recommend all shadow children to find a hobby, something they are passionate about and a place where they can be themselves and not “Marie’s sister”. I have definitely used running in a dangerous way for many years, running from my worries and feelings without addressing why I was doing it. It wasn’t until I learned about coping strategies in a class, that I realized what I was running from. After I became aware of it, it has really been an eye opener.

I am seen as “Krisser” and not Marie’s sister

For me, the most important thing is that at races I am seen as “Krisser” and not “Marie’s sister”. People know me for who I am and not from my sister’s story. People recognize me for my efforts and not for my sister’s. Through running I feel that I am me and not in the shadow of anyone! This is not to say that I think everyone should start running, but that immersing myself in something and learning new skills has been very important in how I have dealt with and coped with bad days.

Even though I’m now doing well and thriving, it’s not always easy to see loved ones in pain or being sad. I still recall those situations where you feel incredibly powerless and inadequate as a relative. It is terrible to be a bystander without the power to do something. Sometimes I wish I could take just a portion of the pain. Not only do you have to stand by and watch your sibling in pain, but it always hurts beyond belief to see your parents worry and be sad about it. As a sister, I always tried to maintain the facade at home when my sister was hospitalized. I was often looked after by my grandparents, but when I got old enough to be home alone, my parents would take turns coming home and to share meals with me. At those occasions I always tried to cook for them and be positive, but that was just playing to the gallery. Because of course I was also broken inside because my sister was hospitalized. I hated the uncertainty, the doubt and the worry.

Me and my sister

Fortunately, my sister and I have always had a special bond. We have been able to read each other without saying anything and we have always been able to infect each other with good energy and good humor. I am extremely proud of my sister Marie. Today she is one of my best friends. I could never “blame” her for anything. And I know that she will always be there for me if one day I get sick or hurt. 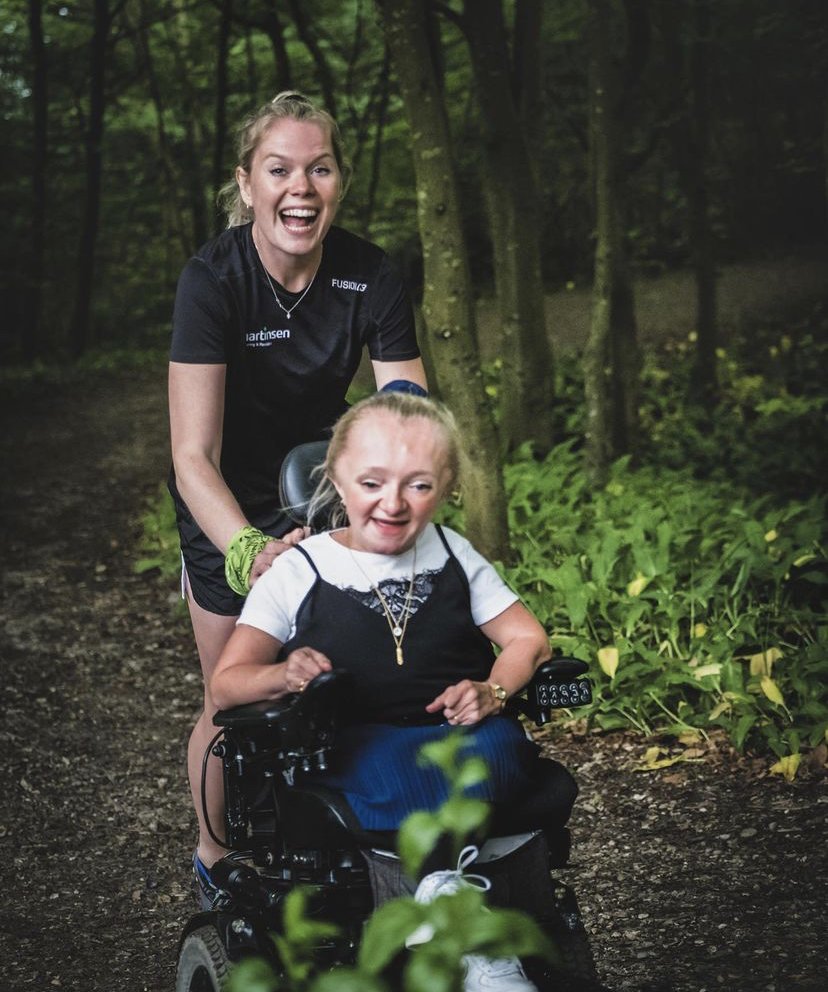 Translated by Ingunn Westerheim via Deepl.com