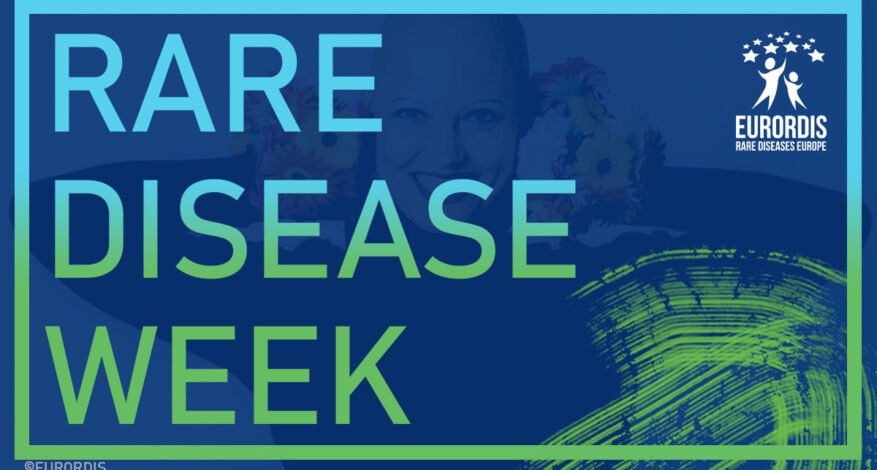 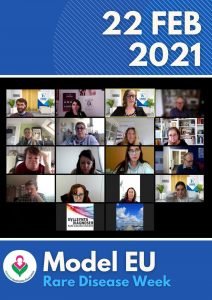 which started February 22nd 2021. It included many webinars that targeted on rare disease patient advocates. The goal was to empower them with knowledge and skills so they can effectively participate in advocative activities at a European level and influence EU decisions that have a direct impact on people living with a rare disease. Three young OIFE advocates participated in RDW and were able to meet MEPs (Members of the European Parliament). Read their impressions below: 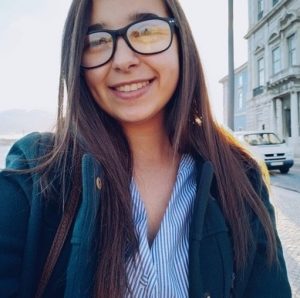 My name is Marta Rodrigues, I am a person living with Osteogenesis Imperfecta (OI) and I am the Vice-President of the Associação Portuguesa de Osteogénese Imperfeita – APOI (Portuguese Association for Osteogenesis Imperfecta). I truly believe that a patient-centred approach is imperative in every attempt to improve the quality of life of people living with rare diseases, from decision-making to research. The Rare Disease Week (RDW) offered exactly a program that was aimed at empowering patient advocates, providing them with the skills and knowledge on how to actively promote and raise awareness for rare diseases in decision-making at the European level. That was what inspired me to get involved.

The RDW provided a series of extremely interactive preparatory webinars and educational resources in order to prepare the participants for the week-long series of events that occurred on the week of 22 February 2021 and culminated on the Rare Disease Day on 28 February. During that time, the participants were also able to network and learn a lot from each other’s experience as well.

Although it was very overwhelming and we had a lot of information and preparation to do, overall, this experience was extremely rewarding. To meet and work with patient advocates from all over Europe towards a common goal: the improvement of the quality of life of people living with rare diseases. To have learnt from such a professional and competent team like EURORDIS is. And to have had the opportunity to put that knowledge into practice and engage with MEPs and policy makers and make them understand the importance of the role of patient advocates was an experience like no other.

Alongside Dina de Sousa from the European Huntington Association and Raquel Castro from EURORDIS, we met with MEP Marisa Matias and that was precisely one of the key messages we transmitted. We also advocated for the necessity of a new set of rare disease policies that included the new technologies and innovations and the new priorities and values in Health. MEP Marisa Matias showed a lot of interest and empathy and compromised to become a member of the Network of Parliamentary Advocates, which we considered to be a great victory.

I deeply recommend all rare disease patient advocates to participate in the next edition of Rare Disease Week. We can only strive for a better life for people living with rare diseases if we fully commit to taking the next step. This program is a great opportunity either to continue to develop the needed skills or as a starting point. By empowering yourself you are empowering the whole Rare Disease Community. 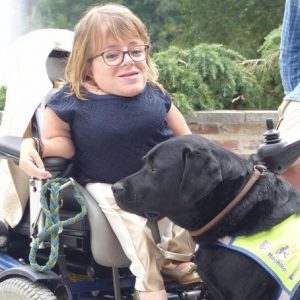 I’m Stephanie Claeys (33), living in the very beautiful Middle-Age city Bruges, in Belgium. I was born with OI type 3.

Since my childhood I’ve always been very enthusiastic about meeting others with OI. In the beginning my parents wanted to take me to the Belgian OI organization (ZOI), after some years I asked my parents to go there myself. OI-Friendships, from Belgium and abroad are very valuable in my life.

Since 5 years I’m one of the youth coordinators of OIFE and since some months I’m also board member of the Belgian OI-organisation (ZOI).

I got involved in RDW because OIFE asked people who might be interested in patient advocacy. As I love the meetings with other people with OI, I also want to help to inform them how to improve their quality of life. In my professional job I’m a patient representative in the Ethics Committee I work for, and I really want to be involved in OI-advocacy in the future. I was not so familiar with EU-topics, so I wanted to learn more about it.

In my job, as I work in a hospital as administrative medical expert, we had a very busy time because of COVID-19. I was not able to follow all the RDW webinars live. But everything was recorded, so I was happy to follow this during weekends.

EURORDIS really did a good job organizing RDW. The most challenging for me was that I’m not a professional in EU topics. I know that was not necessary as we got the recorded webinars, but still. I felt not always as professional as the others were. I’ve met a lot of nice people and they all had a lot of respect for the opinion of others. It really felt like we were one group, as in the EU parliament. To have a meeting in real would have been nicer, but this was a very good alternative. They really made the best out of it.

I had a very nice talk with Frédérique Ries. She is one of the founders of Rare 2030. For me and the other Belgian patient representative this was a real advantage, as we did not have to explain why Rare Disease Week is important for the Members of Parliament (MEPs). I tried to explain her that for OI, a well organized expertise center for all age groups, is something every country should have. I told her that in the Netherlands this is the case. We do struggle a lot with doctors who have no idea what OI is. She proposed to make one for the Be-Ne-Lux (Belgium, the Netherlands and Luxembourg). If we have suggestions of how she could help us with the set up, we were welcome to contact her.

It was a challenging week, a bit overwhelming. But it gave me a very good feeling to know that together we can make a difference. So, thank you OIFE for giving us the opportunity! 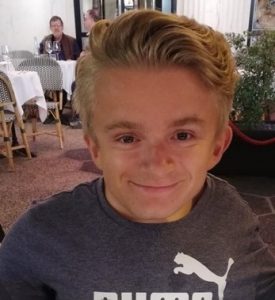 Hi! My name is Lars Nesset Romundstad. I am 26 years old and live just outside of the Norwegian capital in a small university town called Ås.

I’m currently enrolled in a 2-year Master’s programme in Global Development, where I am privileged to dive into the fascinating and challenging world of international politics. I am born with Osteogenesis Imperfecta type 3.

I’ve been a youth representative in the Norwegian Association for Osteogenesis Imperfecta (NFOI) for years, and linking the national association with our European umbrella, as well as rare disease policy advocacy on the European level is undoubtfully advantageous.

I was very lucky and grateful to be accepted into the EURORDIS Rare Disease Week events, where we were offered webinars and online discussions in the months leading up the Rare Disease Week. We were invited to dive into the complicated world of EU policy making, advocacy and institutional layout, and given the opportunity to refine our skills as advocates through practice and rehearsal, as well as actually meeting a Member of the European Parliament (MEP) during the week itself.

I had the privilege to have a meeting with the Swedish MEP David Lega, where we had a fruitful conversation on the importance of highlighting rare diseases on the international level. Specifically on what the OI-community could benefit from when pushing for rare disease policy, as well as potential hazards and complicating matters linked to creating a uniform legislative framework which is supposed to be applicable to all EU member-states.

Even though we were unfortunate to take part in such an exciting event in the midst of global pandemic, EURORDIS did nothing short of a brilliant job when planning and executing both the preparatory webinars and the rare disease week itself. Everything fully through online platforms. Not only was it tremendously informative and instructive, it was also exciting and social. And the nerves because of meeting a MEP was still present, even though the meeting took place from the confines of my own home.

I strongly recommend Rare Disease Week for anyone interested in learning more about rare disease and international politics. I was, and still am far from an expert in any of the topics, but I am still left with a satisfactory feeling of having learnt a lot, having met a lot of interesting people, and have had several memorable and pleasant experiences. Being rare means being few, and only by working across borders with a common objective can our voices be heard. That’s why Rare Disease Week is not only a fun and informative event, it is also a key element in channelling the voices of people with rare diseases.