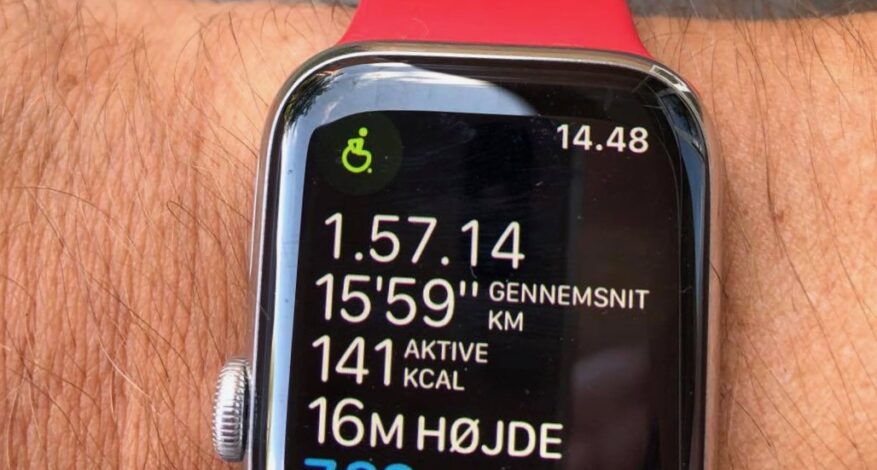 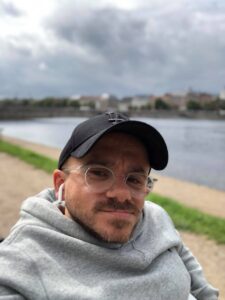 That message lands late at night on May day 2019 on my parents ‘and brothers’ phones. Shortly before, I was pushed home in my wheelchair from the football cup final at the stadium. However, the evening comes to an abrupt end. I was slightly drunk, on my way through the rainy streets and I didn’t notice the curb; suddenly my wheelchair is upside down. At the crash, I break one of the tibias and hit my head, but my Apple Watch instantly detects the fall, automatically dials the alarm center and sends the text message to relatives whom I have specified as contacts in advance.

Apple calls this fall detection feature, and it’s available on the two latest Apple Watch models (Apple Watch Series 4 and Apple Watch Series 5). Fall registration is one of the reasons why I, as a wheelchair user, do not want to manage without my Apple Watch. I live alone in my apartment on Nørrebro, Copenhagen, and one of the things I fear most is that one day I fall and am unable to even get up or call for help. But I don’t have that fear when I have my Apple Watch on my arm.

Special features for people in wheelchairs
Fall registration, however, is far from the only feature of the watch that can benefit wheelchair users. Since launching the first edition of Apple Watch in April 2015, Apple has equipped the watch with ever-increasing features that appeal to people trying to live an active life in a wheelchair.

For example, the clock will notify you if you have been passive for too long in the last hour. In the first edition of Apple Watch, the message read: ‘It’s time to get up and walk.’ But as I said with a laugh to a friend when I got my first Apple Watch in 2015: “I feel a little like my watch is trolling me when I get that message”.

By 2016, Apple launched a new approach specifically for people in wheelchairs. Now, in the Apple Watch app, you can indicate that you are a wheelchair user, and instead you will receive a message that reads, “It’s time to wheel around.” The message is a call to make you move and get your blood flow going. I use it myself as an opportunity to roll out and grab a glass of water or a cup of coffee as I sit in front of the computer at my work. If you use an electric wheelchair, you will hardly benefit from rolling a small ride, but you may instead see it as a call to do a few quick stretching exercises. 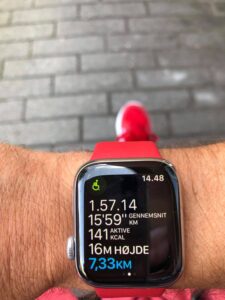 The clock also gives you alerts if your heart rate becomes very high without being physically active at the same time, and it also warns you if your heart rate becomes very low. At the same time, the two latest editions of Apple Watch also have a built-in ECG that enables the watch to take a cardiogram and thus identify irregular heartbeats. However, it is worth noting here that the ECG built into the Apple Watch has only a single built-in electrode, while the cardiograms made in the hospital use 12 whole electrodes located at different locations on the body. Therefore, Apple also emphasizes that the ECG meter in an Apple Watch cannot be used as a replacement for a professional ECG.

For me, over the past many years, Apple Watch has helped me take better care of my health. But if you are tempted to buy an Apple Watch, there are a number of things to keep in mind. First, the watch requires that you also have an iPhone. For example, if you have an Android phone, you will not be able to use the watch. In addition, you should also be aware that the fall detection feature only works if you have an Apple Watch Series 4 or the latest Series 5, and if you are under 65, you must also actively choose to turn it on in the provided app.