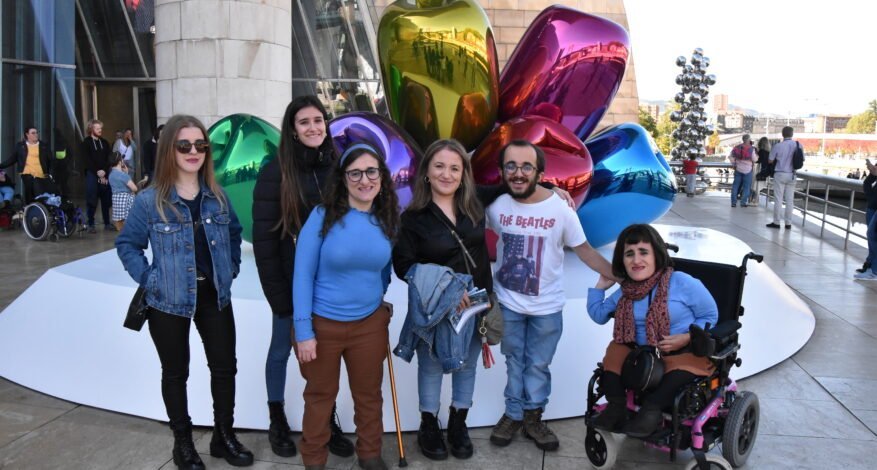 Getting There
This was my first time visiting Bilbao and due to limited flights I had to fly the day before giving me the opportunity to scope out the city before the others arrived.

I was a bit apprehensive at first due to the fact that Bilbao is situated on a very mountainous area meaning that it was very hilly and difficult to get around by manual wheelchair. The weather also didn’t help as Bilbao is located in the very north of Spain and combined with the time of year meant that the first few days was torrential rain – worse than British weather!

Day One
On the first day of the youth event I arrived at the BBK Bilbao Good Hostel. It was chosen as it is a hostel which has been designed to cater for many disabled guests, and it was the perfect venue to cope with all 25 wheelchairs that attended. Due to everyone arriving at different times from different countries there was only time for socialising and getting to know each other through ice-breaker activities. 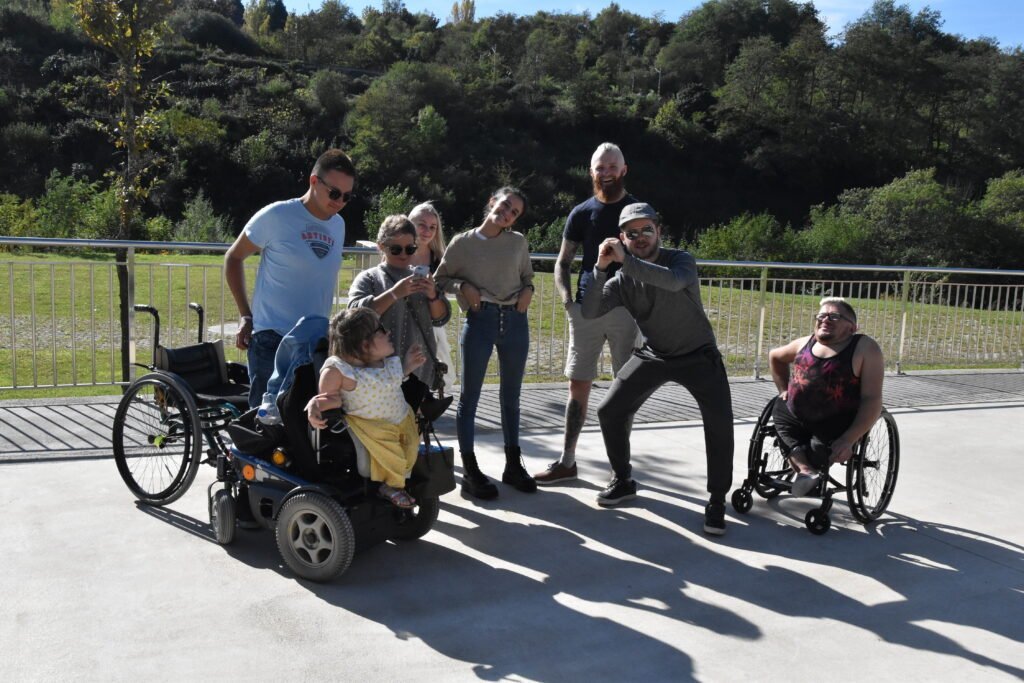 Day Two
The rain had eased off a little, so we all made our way to the city centre. 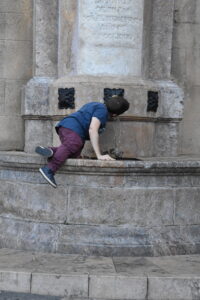 To get there we had to get the metro train which was a short walk from the hostel and was fully accessible however it did involve going in several lifts which was only big enough for 2 wheelchairs at a time, so with 25 wheelchairs this did take a while! Once we all arrived in the city centre the rain was too heavy for the free city tour that was organised so this gave us all free time to explore the city’s shops and bars and sample the local Pintxos – the region’s version of Tapas, very tasty!! When we returned to the hostel the group collected for the first organised activity, a very in-depth talk about relationships.

Day Three
The sun had started to come out and we went on our next activity, a visit to the world famous Guggenheim Museum. To get there we all boarded a large wheelchair accessible coach – which again took forever to load 25 wheelchairs on and get strapped in. Once at the museum we split up in to 3 groups for a guided tour around the museum and talk about some of the museum’s most famous pieces of art. The works ranged from very traditional paintings from artists such as Van Gogh and Monet to a giant metal spider sculpture and a giant puppy made out of flowers. Once the museum visit was over most of us decided to make our own way back to the hostel as loading the bus took too long, so groups of us made our way to the metro station with several stops at the local bars to get some more Pintxos (Tapas) and Cervezas (beer), the evening was finished off by more “socialising” on the hostels roof balcony. 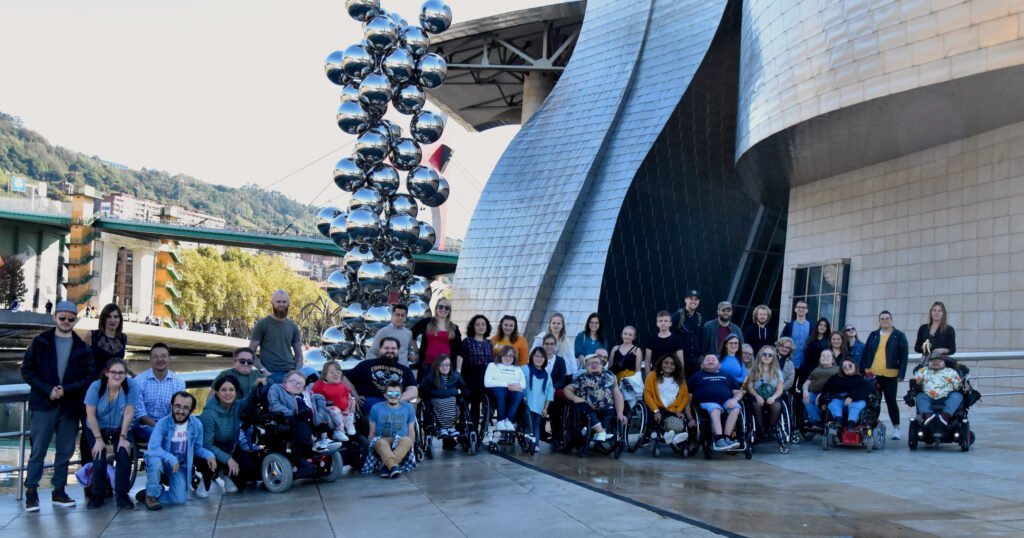 Day Four
The Spanish sun had finally come out to play so we all made our way to a nearby park where we all took part in the “Gymkana”; we all split up into teams and took part in team activities such as quizzes, riddles and physical challenges, ending with a picnic on the grass where it was warm enough to strip off and top up our tans. In the afternoon the majority of us went back into the city centre where we were able to go on the free city tour that had been rearranged from earlier in the week. We were able to take in the amazing views of the city and hear about its fascinating history. The evening culminated in the main party night where the organisers had reserved a local night club where we partied until the small hours. It may not have been wise to hold the main party on the last night as many people had early flights the next day and we all had to check out of the hotel by 10:30am! 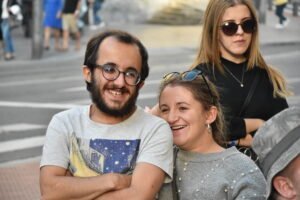 Goodbyes
The last day was just enough time for early morning goodbyes through teary eyes and painful hangovers, which was an encouraging sign that everyone thoroughly enjoyed the week and that it was really well arranged and executed by the organisers and their volunteer helpers. The whole trip was fantastic, even with the dodgy weather, and there was only one OI related injury. Unfortunately, being 35, this was the last year that I was young enough to qualify to attend, which is a shame as 2020 will be somewhere in Poland, therefore I would encourage anyone reading this with OI between the age of 18 – 35 to sign up as soon as it’s advertised. 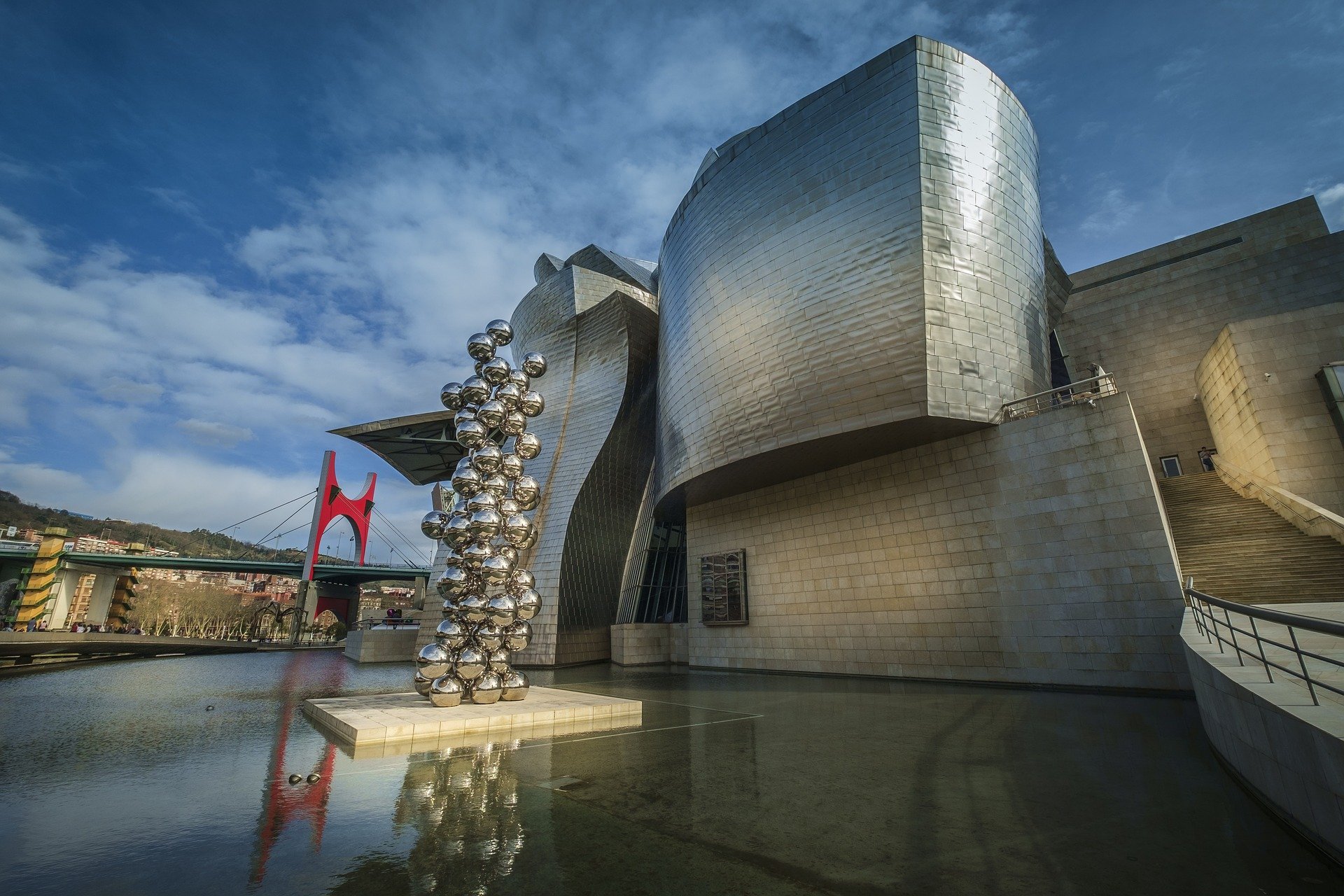