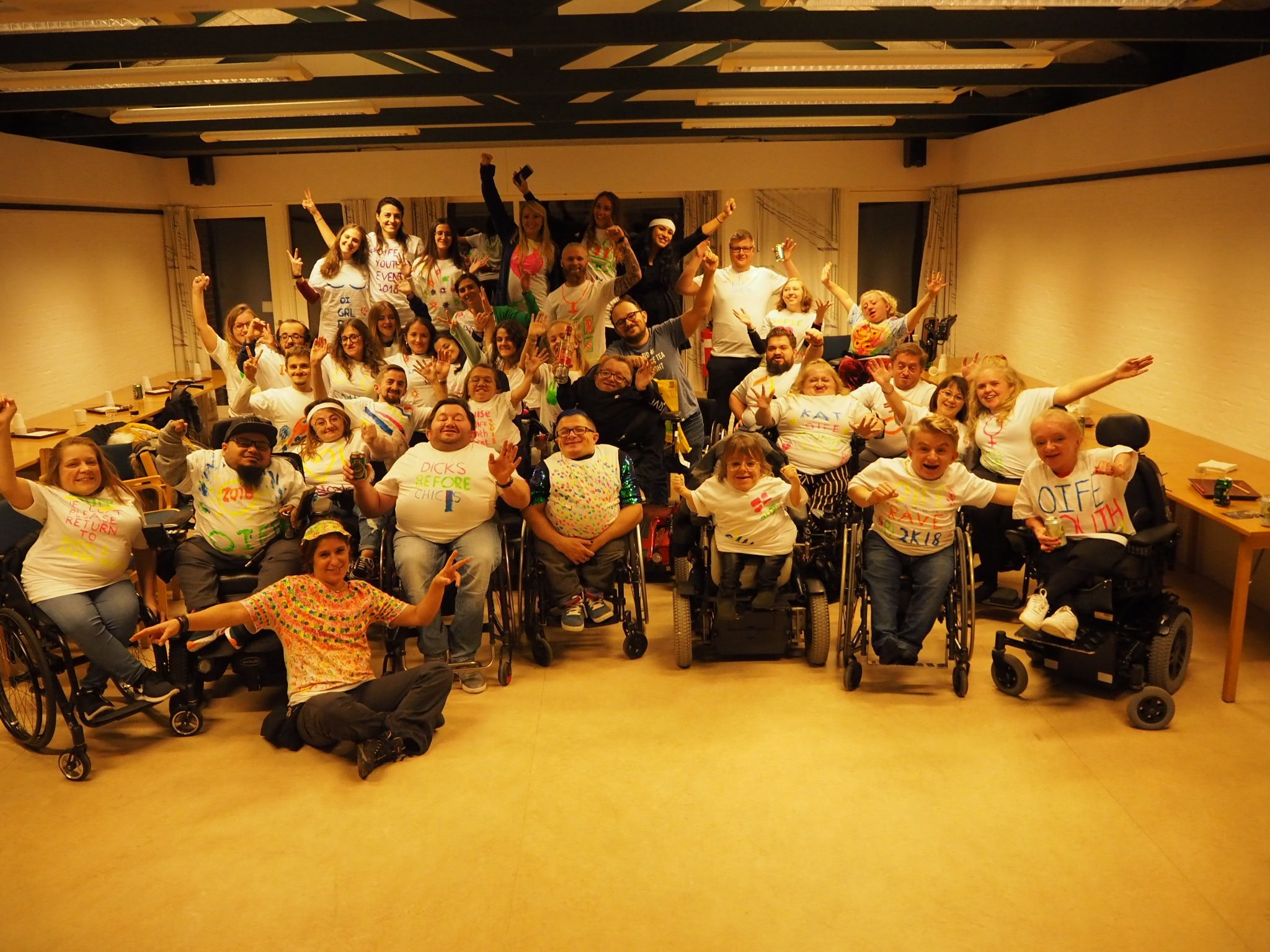 From October 25th to 28th 2018 Kristian and I traveled from Norway to Århus in Denmark to attend the annual OIFE Youth event. The traditional youth event took place in the Pindstrup Centre and was organized by the Danish girls Malene, Ninna, Matilde and Marie, who’s one of OIFE’s youth coordinators. The girls had put in a lot of effort to make the event as successful, nice and useful as possible. Actually they had planned the event for a whole year, from when we left the 2017 event in the Netherlands.

The 2018 event had people with OI between 16 and 35 years of age as a target group and welcomed as many as 42 participants from eight different nations: Norway, Sweden, Denmark, Germany, the Netherlands, Belgium, UK and Spain. The increase in number of participants was mostly due to a big delegation of 12 people from Spain, with Tamara from Ahuce as the coordinator. The Spanish participated with four people in 2017, which was their first OIFE Youth Event.

After being collected at Copenhagen and Aarhus airport, the accessible bus took us to to the Pindstrup Centre, which is a holiday centre adapted for disabled people. It has a bigger building in the middle and is surrounded by three houses, which can accommodate around fifty people in rooms for 2-5 people.

The first day was used for getting to know new people and relaxing, after what was for several rather strenuous travels. Some of the Spanish had been spending the night on Tamara’s couch in Madrid, due to long stopovers with Ryan Air both in Madrid, London and Copenhagen. Another adventurer was Qusai from the Netherlands who started with a delayed train in Amsterdam followed by a missing ramp in Hamburg. There Qusai and his powerchair had to be lifted out of the train by the local firesquad! This was followed by a four hours taxi trip to Århus, because all the trains had left for the night. Around half past 10 in the evening, most people had arrived though, and the long week-end could start.

The Danish girls had organized activities, with the goal that everyone should get to know each other irrespectable of nationalities and type of OI and they had been very creative in their programme planning. Speed-befriending, naked painting and baking with a set of special ingredients was only some of the many activities we tried during the first whole day. The baking ingredients could be won in contests consisting of liquorice eating, humming or beer pong

Day three we visited Århus city, where we got to spend time in ARoS art museum, the old town and the dome church. We finished of with a great meal at Jensen’s Steakhouse. 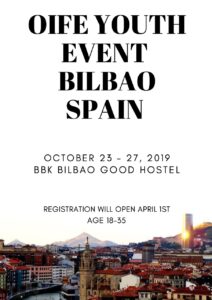 Both Kristian and I were very happy and content with this year’s youth event. International contacts and friendships were made and we exchanged ideas and experiences on how it’s like to live in different countries regarding healthcare, car support etc. The differences between the countries are huge.

The event was very amusing and something the participants will surely remember for a very long time. Everything was very well organized. Even con water pipe breaking causing us to be without water for 15 hours was handled. The girls mastered the logistics perfectly, especially considering that we were around twenty wheelchair users. The Danish organizers therefore deserve a great THANK YOU! I’m sure the way the OIFE Youth Event 2018 was organized, will inspire future organizers. We’re already looking forward to Bilbao in 2019.