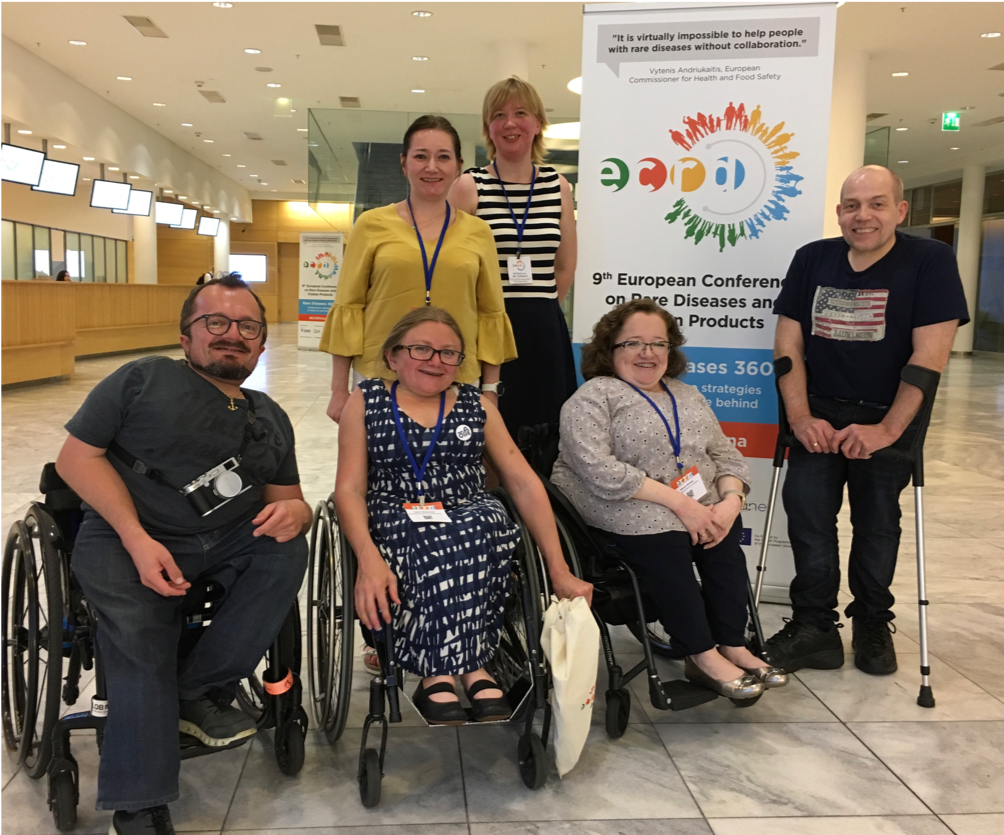 Inger-Margrethe and Ingunn were so lucky to be able to represent NFOI and OIFE  in beautiful Vienna, Austria where they were joined by Rebecca Tvedt Skarberg (OIFE/ERN BOND) and Dace Liepina (OI Latvia – LOIB). André Wittwer and Knut Erik T. Skarberg were also there to keep the ladies company.  This is the report from OIFE President Ingunn Westerheim.

OIFE is not a part of Rare Diseases International (RDI), although apply for membership was considered . After attending this meeting, I feel that they are working on a level where we might not belong at the moment. The meeting lasted only a few hours and we got to know how the different rare disease umbrellas in the world, work to influence the policy makers (United Nations and World Health Organization) on an international level.

The Annual General Meetings of the European rare disease umbrella EURORDIS, with more than 800 member organisations, is usually an efficient happening. Annual reports and financial reports are presented. Since the organization is very well run, there are usually very few comments to the reports. A new Board was elected, but this time around there were no candidates running against each other.

So the biggest news that came out of EURORDIS AGM this year was the change of fee system. It will still be based on the member’s annual income – but in more categories than what they have today. I would say that OIFE benefits greatly from being part of EURORDIS – both through their events, but also their newsletters and educational opportunities. I would strongly encourage our members to get involved. It does not cost that much and you get a lot in return. 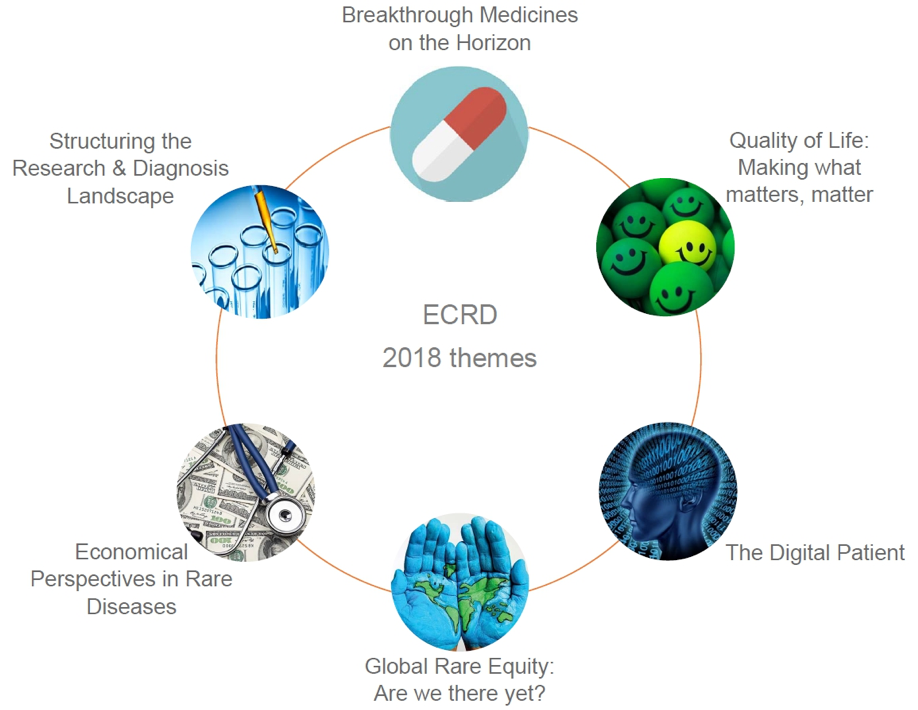 The European Conference on Rare Diseases & Orphan Products (ECRD) is a major event taking place every 2nd year in connection to EURORDIS AGMs. It’s the largest multi-stakeholder gathering in Europe for the rare disease community covering research, development of new treatments, healthcare, social care, public health policies and support at European, national, regional and international levels. This year “Rare Diseases 360° – collaborative strategies to leave no-one behind” was the overarching theme of ECRD 2018. The theme was meant to illustrate the diversity of the different stakeholders in the rare disease community (NGOs, bureaucrats, pharma etc), and their need to work together to achieve progress in the rare disease community. At the previous ECRD conference in Edinburgh 2016, it was the European Reference Networks (ERNs) that was the hot topic. This year however, it was difficult to choose a certain track throughout the whole conference. I mostly chose to attend “Quality of Life” but I also attended the Digital Patient and Structuring the Research & Diagnosis Landscape. The first part was the best, so perhaps I should have stayed with QoL, which is also the topic of this magazine. For me, the networking part of ECRD 2018 became more important than the actual lectures. I got to catch up with several contacts I’ve had meetings with the last months and also got to know some new ones. It will be interesting to see what comes out of our new connections. Want to read more about the ECRD? Check out their webpage: https://bit.ly/2IHcxn7