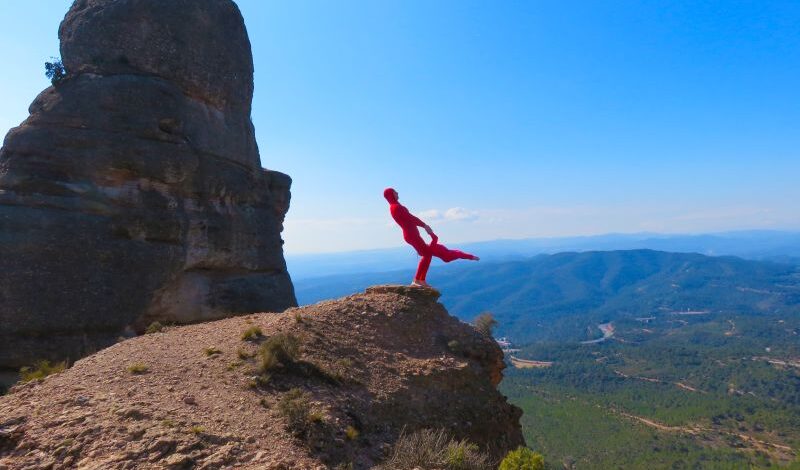 Penny Clapcott from the UK has always been very active despite her OI. Having broken four World Records in competitive swimming at the age of 15, she took the challenge of becoming an aereal circus performer.

I’m Penny Clapcott and I’m 29 years old from the UK with type 3 OI. I have always been into sport and being active from a young age. I was lucky that I went to an inclusive school where I attended mainstream lessons, but I also had a place to go for additional support with hydro- and physiotherapy. My secondary school (from the age of 11) encouraged me to take up competitive swimming. I started to take training seriously around the age of 12 where my swimming career took off very quickly. By the age of 15 I had broken 4 World Records and was swimming for GB. Unfortunately I had classification issues in the lead up to Athens Paralympics so I wasn’t able to go, which was devastating, having had sacrificed to much and putting my heart and soul into training to be in the peak of my condition.

However having done all this training and learning how to be extremely disciplined, I ended up going to university to study sports development and concentrate on studying without distractions. During my time studying at University I found a circus company offering training to disabled people. I thought I’d give it a go, but honestly thinking I wouldn’t be able to do it because it’s dangerous, I could fracture. 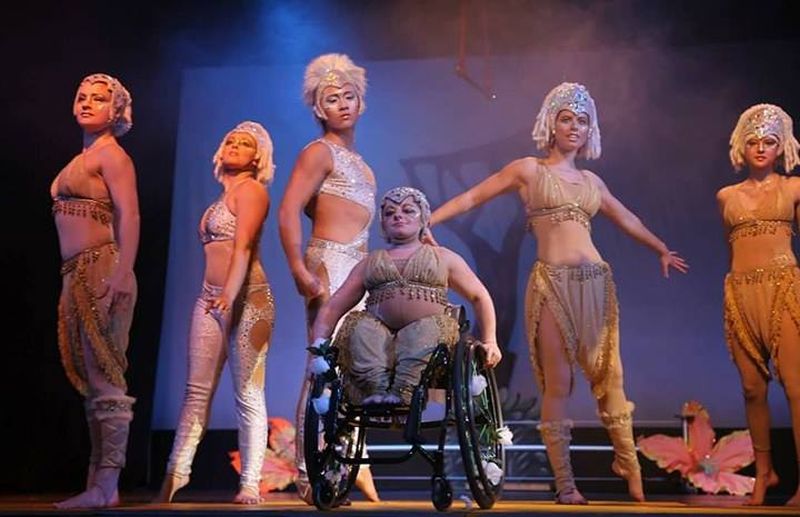 I went to my first session and within the first 10 minutes I was hanging upside down which was the weirdest sensation having never been upside in my life. Everything we did was slow, done at a low level and with 1 to 1 support. I couldn’t believe I was doing something so adventurous but the feeling of letting go and just pushing my body once again to the extreme was incredible. I had a lot of upper body strength from my previous swimming training and my teacher from Cirque Nova saw I had so much potential to become an aerial circus performer. I took my shine to cocoons in the beginning, which are like a material hammock hung up from a single point. It was a great way for me to be up in the air but always having something to sit and hold on to. We developed a little routine and I first performed for the first time at a disability arts festival in London at Trafalgar Square. From that show onwards I never looked back. I developed my skills further, trying out different equipment but always things that I was able to sit and hold on to and started to perform regularly at various events.

I absolutely love being in the air and gives me so much freedom that I can’t have when I’m back on the ground using my wheelchair. When I’m in the air performing, people see me as a person doing cool things rather than the stereotypical view of a ‘poor disabled person’. It has allowed me to travel and perform all over the place. In 2012 I did the biggest gig of my life, which was at the Paralympic Opening Ceremony for London 2012. Each aerialist had a disability and it was incredible to have so many various disabilities working together to create such a large artistic performance.

I have always been cautious of doing aerial circus with my OI, luckily I’ve never had any accidents or fractures from training or performing. I built great trust with my teachers who understand that if I said something didn’t ‘feel’ right then we would stop straight away and try something different. I always worked within my own limits and actually found my OI helped me in many ways such as having bowed arms meant I could have better grips with some things and having my spine rodded meant my abs were strong because I couldn’t slouch. Leading up to big performances such as the Paralympic Opening Ceremony and performing many shows in Los Angeles I did feel anxious that I would fracture and I would let down my co-workers. I feel that anxiety is just part and parcel of having OI and it’s just learning to cope with it and understanding/reading your body. There were times when something didn’t feel right, so I would miss out that particular move and replace it with something easier or sometimes I felt great and would be able to try out other things in training. 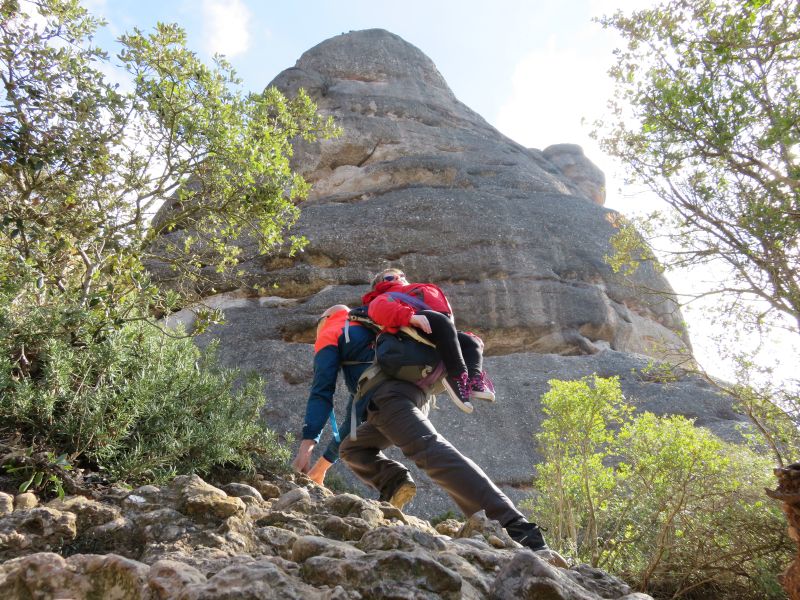 I have been doing aerial circus for around 8 years but unfortunately last year I have developed an issue with the base of my spine and pelvis which has put my aerial circus career on pause. I do feel privileged that I had 8 successful years that OI didn’t stop me from going on one big adventure with my circus buddies and if I can’t return to circus I will be disappointed but I know it’s better to quit whilst you’re ahead and not to push my body when my body is saying no. I find it incredible that the last thing I did was balance over the edge of a mountain, which had been a dream for such a long time to work with Eskil Ronningsbakken. Eskil is a famous hand balancer from Norway and when I met him in the early days of my circus career I knew that one day I really wanted to do something with him as he inspired me so much. He was pushing the boundaries, but in a completely different way. Just the way I felt being an aerialist with a disability, but never knew if it would be possible.

In 2016 we made it happen and we did a balance over the edge of a mountain. It was incredible. People often ask me if I was nervous doing it. But actually doing the balance was so much fun and I loved it. You’re so focused on what you’re doing and making sure you’re listening to your body, you don’t have time for being nervous. The thing that made me nervous was going up the mountain on Eskil’s back. We weren’t sure how we were going to do it but the joy of being so small, he just tied me onto a backpack and took me up the mountain on his back. We had such a laugh together and if you’re going to trust anyone to carry you up a mountain, it’s going to be someone who balances for a living! Watch the video here!

I really hope in the future I can get back to circus but I know that might not be possible. It’s hard to accept your body isn’t doing what you know it is capable of doing but you just have to move on and try something different. I’m not exactly sure what I can replace circus with that will give me the same adrenaline rush but I’m sure something will come along. In the meantime I’m carrying on with my day job, which is in the fitness industry, working in a gym as a fitness advisor. I am also training to become a wheelchair dance teacher, which will hopefully give me some creative outlet. 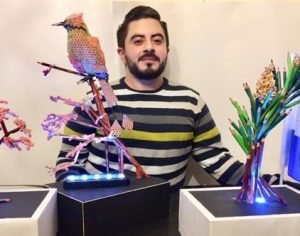 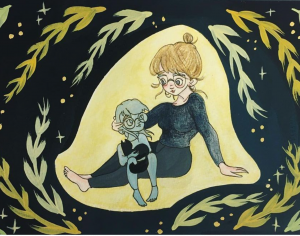 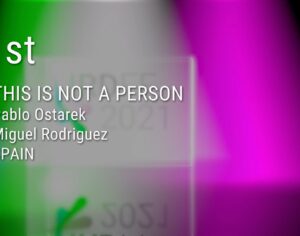 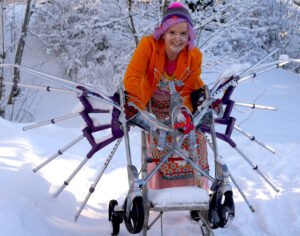 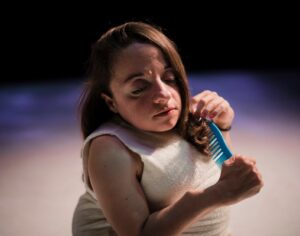 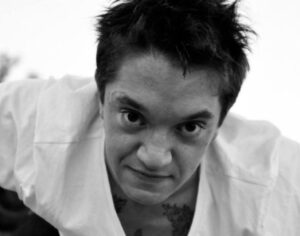 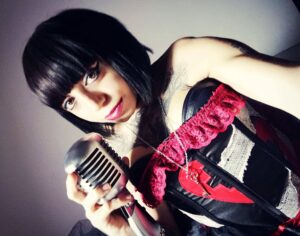 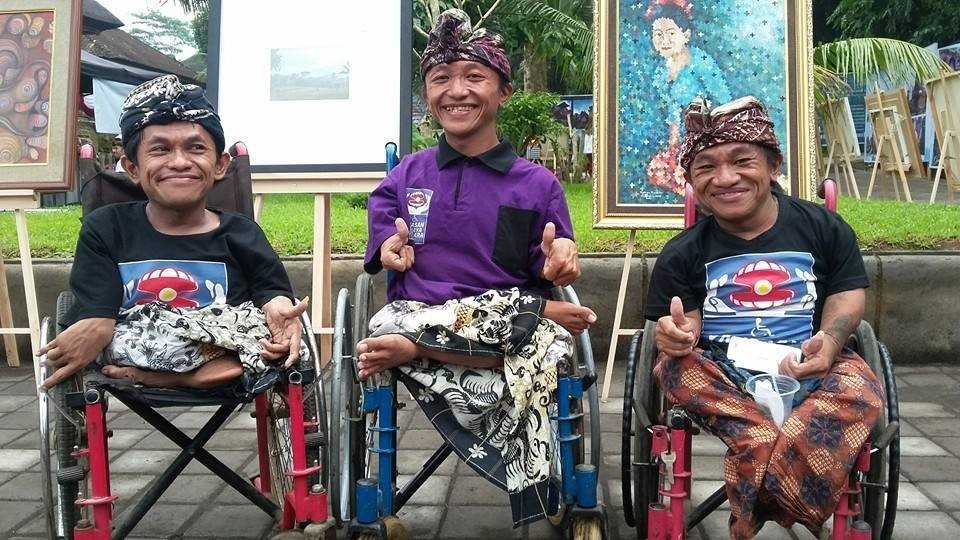 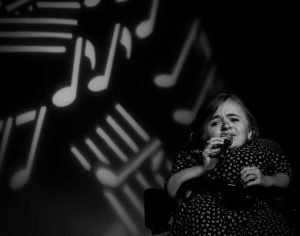 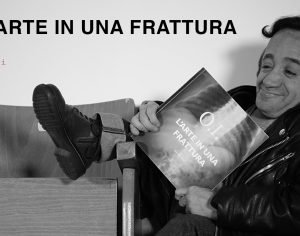